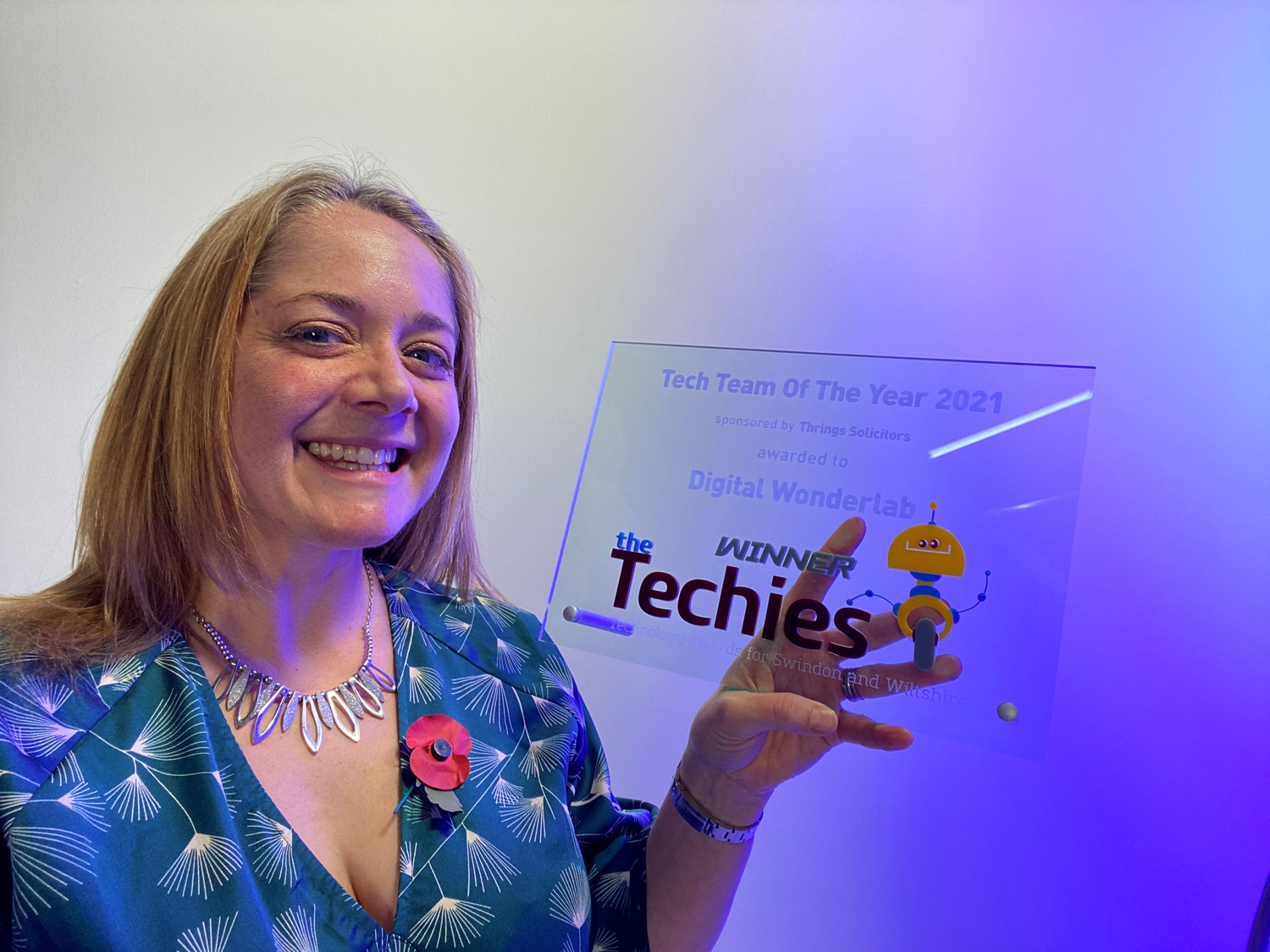 Digital Wonderlab picked up the coveted Tech Team of the Year award last night as the winners of the Techies 2021 were revealed.

The announcement followed the shortlisting of the seven tech companies by an expert judging panel featuring Kate Westbrook, partner and head of commercial at Tech Team of the Year award sponsors, Thrings.

Founded in 2008 but with roots going back to 1999, Digital Wonderlab – which currently employs 15 staff - helps clients develop technology strategies, guiding them through a range of solutions and delivering immersive technology that enables them to transform their organisation.

Wiltshire Air Ambulance, the Charlie Waller Trust, Great Western Credit Union and Cerebral Palsy Cymru are just some of the many organisations that Digital Wonderlab has helped embrace digital to meet their strategic goals.

Nathan Baranowski, managing director of Digital Wonderlab, said: “We are delighted to win the Tech Team of the Year award. We have an amazing team here who really care about the work we do, and we are privileged to work with fantastic clients that do amazing work in our communities.

“To be recognised alongside such talent is an honour and it is great to be part of the strong tech movement in Wiltshire and Swindon.”

Kate Westbrook said: “There were so many high-quality entries in the Tech Team of the Year category, and competition was incredibly fierce. It was a very tough decision for the judges, but Digital Wonderlab were worthy winners.

“Given the last few years we have all had, it’s clear that having a strong team is more important than ever. Digital Wonderlab showed the judges that their strength lies within their team - they pull together not only for themselves, the business and each other, but also for their community.”

Winning the Tech Team of the Year award completed a successful night at the Techies for Digital Wonderlab, who also took home the trophy for Best User Experience.

Anita Jaynes added: “I would like to thank everyone involved with the Techies 2021, which champion the amazing talent we have in Swindon and Wiltshire.

“With entrants to this year’s awards delivering more than £65m in turnover to our local economy, tonight was about showcasing our fantastically talented tech community and celebrating the many new business relationships and friendships which have been strengthened over the past 12 months.

“In addition to congratulating all of tonight’s finalists and winners, my thanks go to Kate Westbrook and her colleagues at Thrings for their ongoing commitment to the Techies. My team and I are very lucky to have them support us with our work.”

For more information about the Techies 2021, please visit www.the-techies-sw.co.uk.