If a development isn’t green, it won’t be seen: Why sustainability now tops the agenda for planning decision-makers 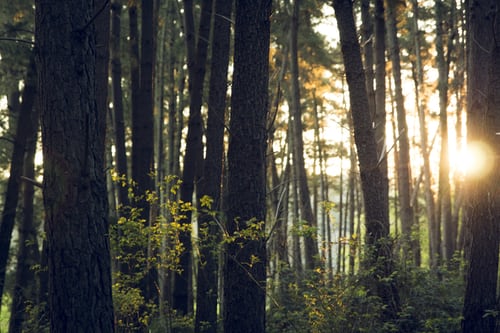 It’s not easy being green, as the old song by a children’s favourite goes. But sustainability and environmental responsibility are now high on the political agenda and will be even more in focus this year, when the UN Climate Change Conference (COP26) meets in Glasgow in October.

A combination of political will, public pressure and international momentum on mitigating climate change mean that sustainability is now a driving factor for developers, landowners, planners and local authorities. The government recently (July 20, 2021) published a new version of its National Planning Policy Framework document (NPPF) which places even more emphasis on the green agenda in spelling out the grounds on which planning authorities should allow or refuse developments.

This document is, in effect, the blueprint for all planning decisions in England, and has been modified following consultations on previous versions made available earlier this year.

This latest iteration contains a key shift in the “presumption in favour of sustainable development” for plan-making. It results in a much larger responsibility on developers to demonstrate that they have considered the impacts of their activities on the environment, local infrastructure and climate change.

The new document says any new developments should seek to:

Separately the updated document also stresses the requirement for trees to be accommodated in development, and for developers to deliver “well-designed, beautiful and safe places”.

The requirements of this latest version of the NPPF echo and complement another key document – the Draft Environment Bill. This is progressing through Parliament with a chance of being approved later this year – possibly becoming a boost to the UK’s environmental credentials ahead of COP26.

This legislation sets out how the government will maintain standards in line with its 25-year Environment Plan, which sets out goals for improving the environment “within a generation, leaving it in a better state than we found it”.

To meet this requirement, developers need to measure biodiversity gains using a biodiversity metric. This is used to assess an area’s value to wildlife, using habitat features to calculate a site’s biodiversity value.

There is Government guidance here on how this metric can be calculated – and this guidance is likely to be formally published once the net gain requirement is enshrined in law.

Meeting the new biodiversity requirements will be the responsibility of all developers if the Bill becomes law in its current form. However, it’s worth being aware that many local planning authorities are already adopting planning policies that require developers to meet these standards.

Developers should be looking ahead now and taking appropriate advice to ensure their current and planned projects meet the required standards – failing to do so may lead to costly delays in months and years to come. Developers will need to ensure their professional advisors fully understand current and future requirements, and why the metric is important.

The Thrings team advises landowners and developers on a wide range of issues including complex and potentially contentious applications. Find out more and get in touch here.