Insolvency: What is a ‘light touch’ administration? 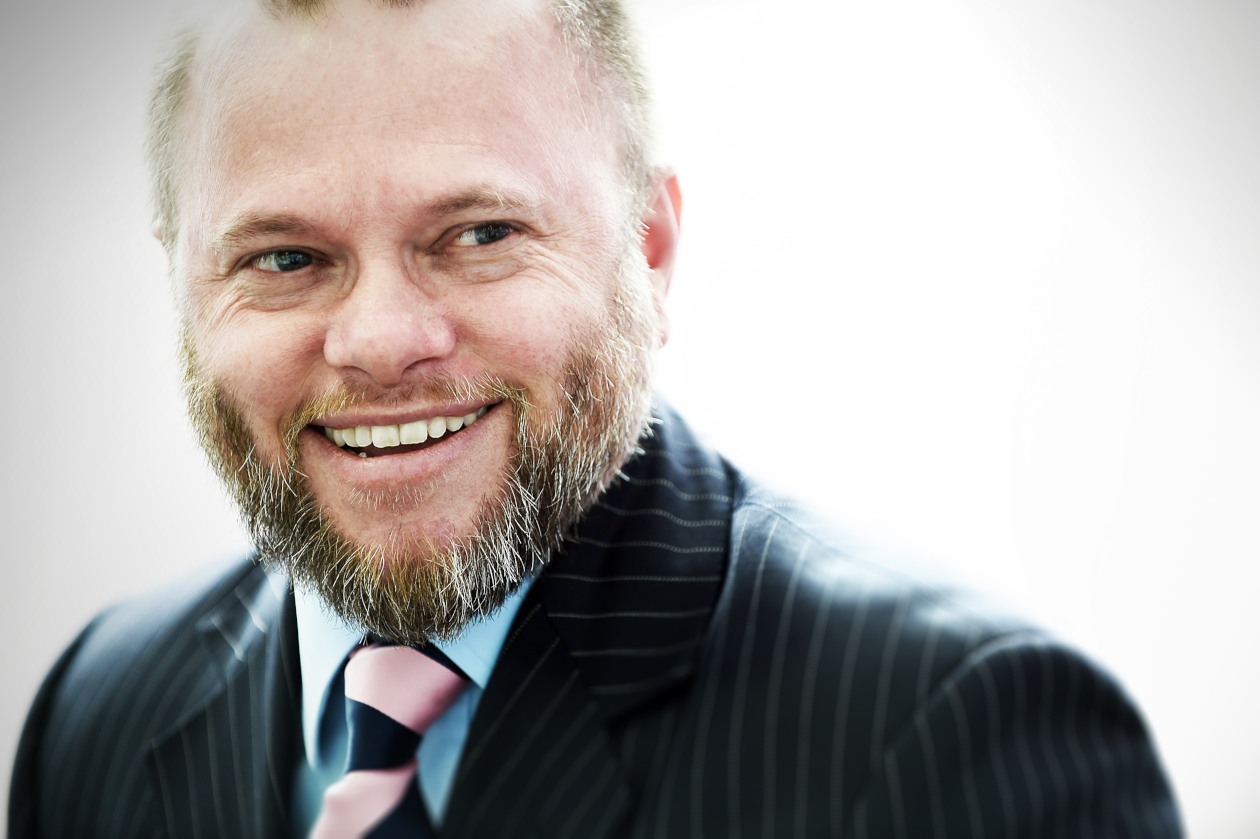 Company rescue or merely a better return for creditors?

There are often a number of factors contributing to a business needing to enter into a formal insolvency process and the different processes provide different tools to further different objectives.

Since most administrations conducted in recent years have led to a sale of its business and assets, many observers may not appreciate how different and flexible administration can be when as a process for the rescue of the company itself.

Too often, the rescue of the company itself has been a mere aspiration rather than a reasonably deliverable objective. For this reason, the secondary statutory objective – securing a better result for creditors than would be likely in a liquidation - is advanced. Normally that has been achieved through the sale of the business and assets of the company as a going concern. The process that is then applied to the company, with the proceeds of sale of its business, is then very much like a liquidation.

That said some insolvent companies have been rescued as a going concern through an administration, many using a Company Voluntary Arrangement to do so.

There are multiple reasons why so few companies have been rescued as a going concern through an administration. Often it is because the business is too insolvent. Part of the business conducted by a company may be viable and valuable but the level of company debt and the effect of insolvency itself (e.g. accelerating long-term liabilities and authorising termination of contracts) may be so devastating that the company itself cannot be rescued from insolvency.

To realise a better return for creditors than could be secured if the company was immediately placed into liquidation, an administration is commenced to protect and preserve value with the aid of the statutory moratorium and to enable the administrators to sell the company’s business and assets as a going concern (either after a short period of trading by the administrators while they seek a buyer or as a pre-pack sale after more limited marketing).

Other contributory factors to the low number of rescues are the relative cost of trading a business while in administration (even for short periods), access to cash to fund trading at the risk of an administrator, and increasingly higher regulatory obligations.

Control of companies in administration – removal of directors from management

During all administrations, the conduct of the management and strategy of the company is wholly controlled by the administrators (in their capacity as officers of the court and fiduciaries, regulated professionals appointed to protect the creditors’ interests). Directors remain in office but therefore have limited power but retain various duties

The function and conduct of management is taken away from the directors and entrusted by the creditors and the court to these professionals and their staff. They alone take the management decisions and whether to retain employees, terminate or enter new contracts.

Insolvency will have often led to an element of mistrust of directors by creditors. The appointment of professionals may also serve to support the creditors by imposing a new independent management structure including obligations to independently report directly to the creditors and seek the creditors’ approval of proposals and costs.

The benefits of retaining experienced staff and managers of the company

Nevertheless, it may be appropriate for administrators to retain senior managers and directors, especially as employees to assist in the conduct of the business under the direction of administrators. The retention of knowledge, experience and special skills, as well as the enforcement of restrictive covenants, could protect the company. If a rescue objective is pursued the management of the business might also be returned to them in due course. Retaining directors and management as employees (stripped of management power and responsibility) can, however, lead to administrations becoming more expensive.

If administrators decide to trade – even for a short period – they will almost always retain some staff and sometimes some of directors to assist them. The decision to do so may be explored over a few days or weeks. All staff may be more tightly controlled, acting under clear and precise direction with very limited, if any, discretion. The administrators may also appoint agents to effect the sale of parts of the business or assets. There will be clear and well-documented processes explaining the scope of authority of the retained staff, directors or agents and the need to personally secure approvals for decisions by the administrators.

What is a ‘light touch’ administration?

This power is already part of the scope of the powers for administrators who under the Insolvency Act 1986 have the power to retain directors (whether or not employees) to conduct a management role and to do so under such conditions as they impose. Administrators can also appoint and remove directors.

Directors willing to accept such delegated management powers will retain their duties to act within their powers (as varied) and their other duties under the Companies Act, and could be liable for breach of duty if culpable. Some directors may accept this arrangement, others may choose to resign.

There is an understandable reticence by some administrators as it is they, as administrators, who are primarily responsible to the creditors for how they propose the company will be managed in administration. They cannot (and would not) abrogate from their duties to the company and creditors.

Rescue vs quasi-liquidation – the role of directors

One key difference between a rescue and a quasi-liquidation – which has promoted a much wider consideration and use of this existing power by administrators - is that where the former is a far more likely and viable objective there will be a greater justification for a level of continuity in management beyond the end of the administration.

Where a viable business is adversely affected by COVID-19 but can secure Government support and plot a path to a rescue, there may be a short-term interruption of the business which has not been caused by any action or inaction or mismanagement by the directors. So from the perspective or administrators and creditors, what good reason is there to exclude them from management alongside the administrators to assist that objective in the creditors’ interests?

If adopted, each director and administrator will have their respective statutory and fiduciary duties to the company while conducting their powers of management. They must each have regard to the interests of the creditors as a whole: the focus of their duty is clearly the creditors and not the shareholders while the administration continues and until a rescue is secured. Retaining directors in a management role may possibly save costs, maintain efficiency and promote a rescue.

So, where the rescue of a company may be more likely to be achievable, there could be many more companies where the administrators and directors may consider whether to work closely together, with both assuming management responsibilities to formulate and deliver a rescue plan.

But how light is light?

It should be noted that administrators are officers of the court, are answerable to the creditors (and future liquidators if things go wrong) and their conduct could lead to potential personal liability. They are highly regulated and the stakes are high if things go wrong. They will need to be persuaded to adopt a ‘light touch’ as primary responsibility in the administration will remain with them. Light touch administration will not be the ‘new normal’. It will be appropriate for some cases and not for others.

Administrators will be also exercise very tight control over the scope and use of any permission to directors to conduct management powers. Directors will also risk being held personally liable to the company or third parties for acting without the actual authority of the company and administrators if they step outside the scope of the permission. If they do, they should also then expect management powers to be terminated. Directors used to wide discretion will be unaccustomed to the control administrators’ permissions will impose on them, and the light touch will come with a weighty burden of accountability to the administrators and the company.

The ICAEW has warned insolvency practitioners who they regulate:

“The motives of some directors may be well founded, but it may be difficult for insolvency practitioners (IPs) at the present time to be able to make a reasoned judgement about the skills and motives of directors that they are approached by, particularly if the communication has largely been carried out remotely.

“Responsibility for the conduct of any insolvency appointment falls to the officeholder and there is a significant potential risk to an IP if they commit to agreements [with directors] that allow the directors to enter into transactions on their behalf. While financial limits could limit any exposure, there’s also the risk that some directors may well take advantage of the current constraints and it will be left to the IP to pick up the pieces.

“On future monitoring visits we will look carefully at cases where the ‘light touch’ approach has been used, to ascertain whether the IP has exerted an appropriate level of control and oversight.”

Any directors, shareholders or material creditors seeking to promote a light touch administration need to carefully consider how it might operate in practice and work closely with proposed administrators on its implementation.

Dealing with a company advancing a light touch administration

All businesses accustomed to trading with companies know that a company acts by its agents and it may be important to have contracts agreed by directors as it is these individuals who have actual or apparent authority as agents of the company under the Companies Act 2006. Once an administration commences third parties would never normally rely on the ostensible authority of directors and this alone would raise the need for third parties to consider whether any director they are then dealing with can in fact bind the company to the contract in question.

The reforms expected to follow into legislation shortly will add to the arsenal of tools and processes available to distressed companies and professional advisors. A light touch administration or the new reorganisation procedure could assist with the rescue of what were viable companies as well as those that, through greater involvement with existing directors, could be viable once more.

If you are seeking advice or would like to discuss any aspect of distressed business, restructuring or appointing administrators, please contact Mark Cullingford or Melissa George in Thrings’ Business Restructuring and Insolvency team.