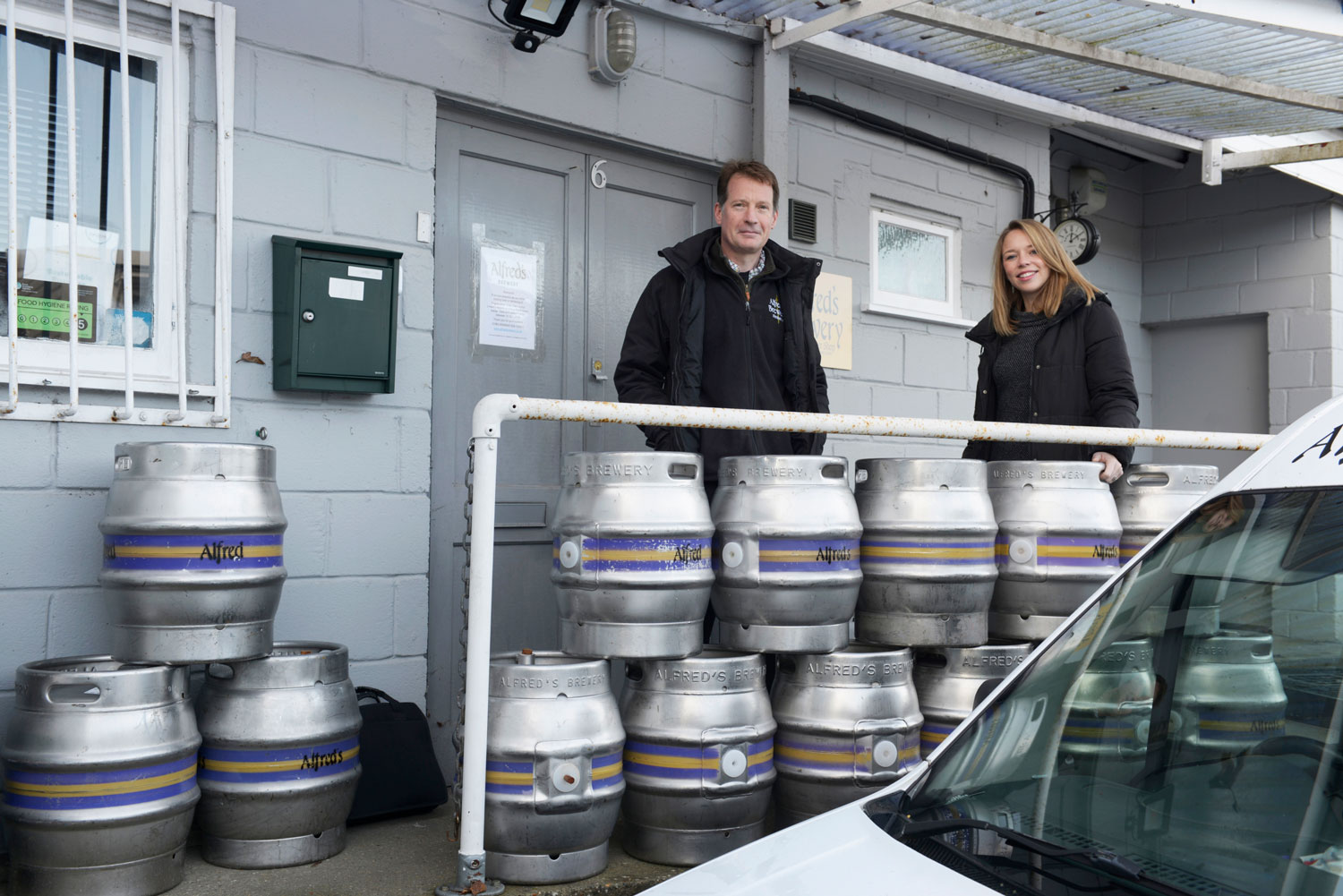 In this series about the region’s food producers and farmers, Steve Haigh tells Holly Algar from Thrings how he turned a passion for homebrewing into a sustainable business

It all started with a trip to Boots, Steve Haigh remembers as he stands surrounded by casks, bottles of ale and gleaming brewing equipment.

“I first brewed beer at home for a laugh when I was probably just about old enough to,” he says. “A mate and I were walking into Winchester one day from college and we saw kits in Boots. We came back with a fiver each and just started tinkering.”

Steve became fascinated with the process of producing great beer, and his hobby turned into a career when his girlfriend Isabelle – now his wife – spotted an ad in the local Romsey paper for a trainee at Hampshire Brewery, now closed.

“I wrote the best letter of my life to convince them to see me,” says Steve – and it did the trick. He learned his craft there, studied at home to qualify and went on to work at other breweries including Hogs Back at Farnham and the Flower Pots at Cheriton.

“I learned something at every brewery I went to,” he says, “but the itch was always there to start something for myself” – so in 2012, Steve made the decision to go it alone and Alfred’s Brewery was born.

The brewery quickly attracted several Winchester and Hampshire beer awards, and in 2017 Steve raised investment to move to new premises in Winchester, which tripled capacity.

From here, he works almost single-handedly to produce up to 10,000 pints of ale a month. The biggest seller, Saxon Ale, is a golden beer popular on cask at local pubs and also sold bottled through shops and online, alongside Winchester Pale and Dom Boc, a traditional bitter.

Steve keeps it local, enjoying personal relationships with the pubs and shops he supplies, which are all within a seven-mile radius.

He is passionate about keeping his business as green as possible. “I always think that business shouldn’t be separate from the society and community it is in. We recycle the shrink wrap, cardboard, and closures that go in the casks which saves plastic from landfill.

“The waste that doesn’t get reused or recycled here amounts to less than a carrier bag a month.

“The industry standard for water is six litres of water to make one litre of beer – mine is about half that. Once you have the mindset, you can always find things that use fewer resources.”

Future plans include selling beer in cans and expanding deliveries using an electric bike service – but Steve has no desire for the business to become huge. “I’m not just in it to make money,” he says. “It’s a living for me – but I want the best beer in the glass at the end of it. That’s what matters to me.”

Holly Algar is an associate in the Private Client team in the Romsey office of the law firm Thrings.