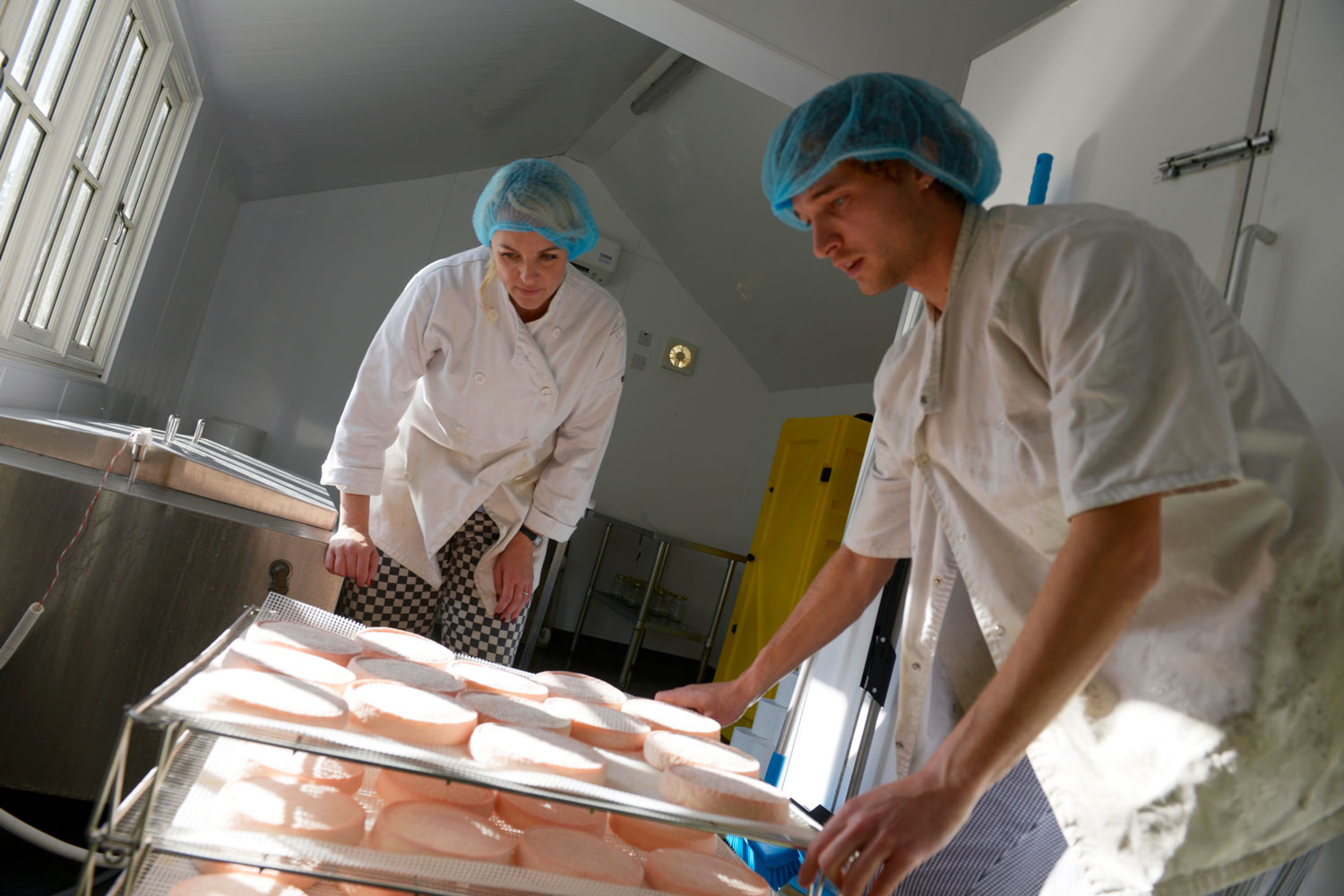 Sam Guinness is very much a hands-on kind of cheesemaker. He starts the process by lugging 20-litre buckets of fresh milk across fields, he hand cuts curds, personally checks each cheese every day for a month as it matures, and finally sells the award-winning result in person to shops, farmers markets and restaurants.

These are the labours of love behind Four Brothers Cheese, based out of a rustic farmhouse at Biddesden, Andover. In a few short years Sam, who runs the business day to day and is backed by older siblings Hector, Arthur and Matthew, has taken it from startup to success – most recently winning Silver at the World Cheese Awards for Pippin, his brandy-washed soft cheese.

Sam first got the bug when he visited a cheese-producing business while studying farming at university. “I thought it was the coolest thing – a combination of food and science – and that planted a seed,” he says.

“My brothers and I had always vaguely had an idea about going into business together, and we had a chat and thought we could actually do this. It made total sense for me to focus on it and the more I learned, the more I fell in love with it.”

After learning his craft working at a small award-winning cheesemaker in Somerset, Sam and his brothers launched their business. A year of ups and downs, trials and testing produced Pippin, followed six months later by Bryony, a feta-like cheese that was honoured at the 2021 Artisan Cheese Awards.

Sam now produces and sells out around 100 cheeses a week, using high-quality milk from Ayrshire cows at the neighbouring dairy run by his aunt.

The business is virtually zero waste, using recyclable equipment, and once milk is separated into curds and whey, the liquid whey is enthusiastically consumed by a small number of pigs kept on site.

Now he has nailed the process, Sam has ambitious plans to grow Four Brothers Cheese, and is exploring funding options to significantly increase his output while maintaining quality.

“The key is scaling up without relying too much on mechanisation,” he says. “As we grow it will be a top priority to keep that hands-on, artisanal approach.

“I always saw this operation as a stepping stone to get established, to prove I could do it. Now I’m looking to build a big cheese barn three times the size, with ageing rooms and drying rooms, which would be the next logical step and give us the capacity to supply the whole country.”

He adds with a smile: “That’s the plan – to take over the world with my cheese!”

GALLERY: Sail along with Ben