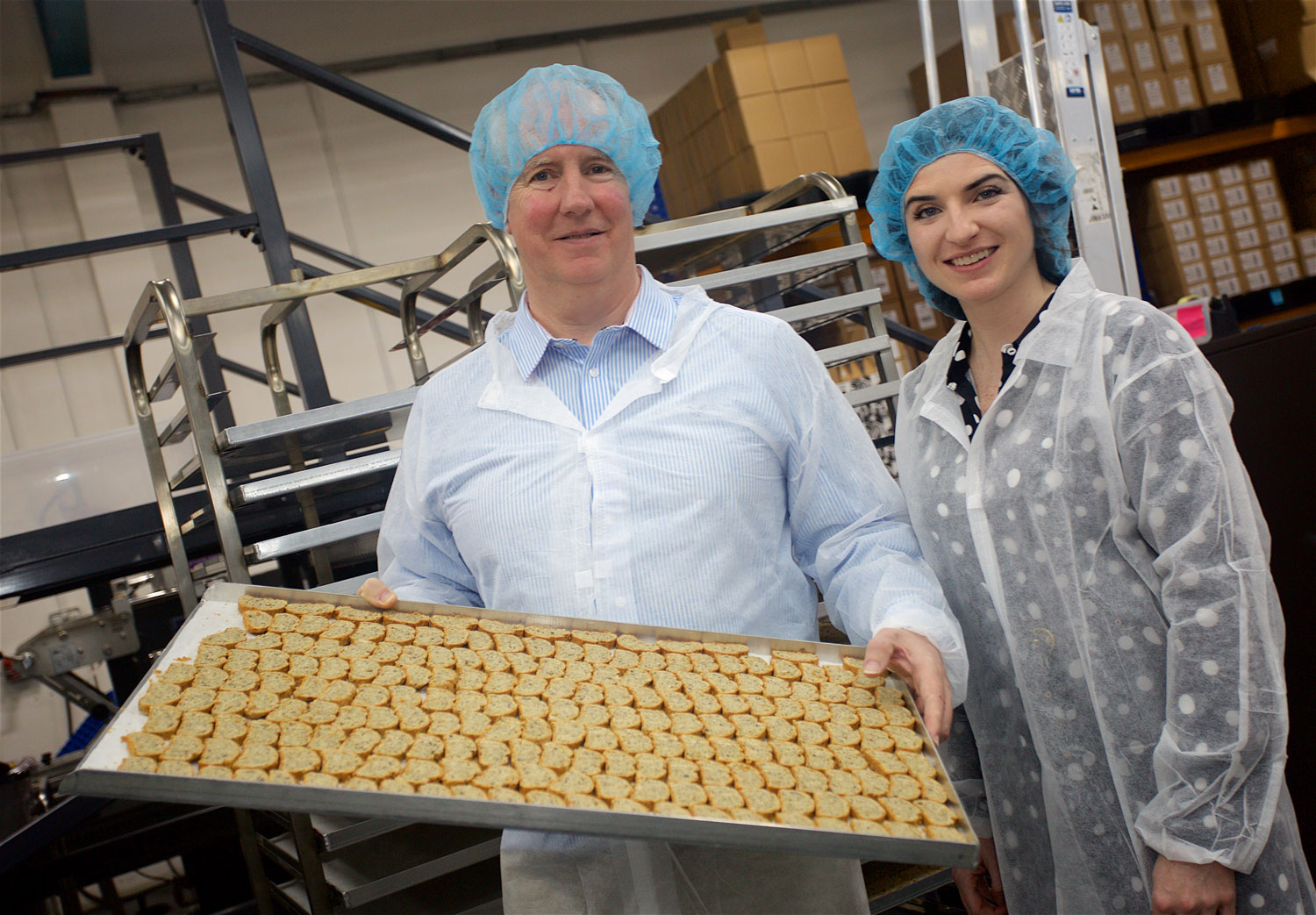 A life as a foodie and the idea of putting a twist on a 2,000-year-old Italian biscuit has helped Paul Rostand build a new category in snacking. He tells his story to Pascale Devlin, Solicitor at the Romsey office of the law firm Thrings.

"I've been in the food business forever," says Paul Rostand, in an office surrounded by boxes of sweet and savoury biscotti. It’s a long way from his first job as a teenager, sweeping the floors in the warehouses of his family’s food import business.

After time spent working for a food manufacturer in France and as a coffee trader in London, Paul returned to take over the family firm and widened it to import food from around the world - bringing Asian and Indian favourites such as pakoras, bhajis and spring rolls to UK supermarkets.

These early experiences gave him a passion for quality and a keen eye that spotted an opportunity when he met a small producer of Italian-style biscuits, who was selling on Lymington Market as New Forest Biscotti.

Paul got involved, bought the founder out and began to grow the business, starting in a "glorified kitchen" in March 2016 which the company had outgrown by June of that year. A move to a larger 1,500 sq ft unit only lasted a further three months before the business moved to its current premises in Christchurch in November 2016. Paul now has 10 employees and it won't be long before this bakery is also outgrown.

The brand was renamed Great British Biscotti to appeal nationally and to international markets, and products in rustic-style packaging can now be found in more than 600 farm shops around the country. A separate brand, The Artful Baker, was developed for sale thorough Asda and other supermarkets.

Key to the business's success has been taking a traditional product - biscotti are twice-baked biscuits invented to keep the Romans marching - and giving it a new twist. This has meant going beyond the traditional almond recipe to create more sweet varieties using chocolate, cranberry and orange, and some surprising savoury versions. Cheddar with chorizo, jalapeño or fennel, sun-dried tomato and olives, and wild garlic and rosemary are among the lines baked and packaged at a rate of up to 80,000 biscuits a day.

“We now sell more savoury than sweet products,” says Paul. “Sometimes it’s still quite hard to sell - until you get people to try it. We do fairs and get people to sample it and once you get it into people’s mouths, they love it.”

As with any growing business, funding has been a challenge - Paul laments the time he has spent securing four rounds of venture capital when he’d much rather have been trying out new flavours.

Gluten-free and vegan products are in development, and the next focus is on getting biscotti into restaurants, cafes and hotels. They can already be found at the likes of Chewton Glen and London’s Royal Lancaster and Cafe Royal Hotels, and there’s a feeling that Paul won’t rest until they are on the tea and coffee trays in hotels nationwide.

Despite its growth, this remains a Hampshire company and the region is very important to Paul and his brand. He uses local ingredients as much as he can, sells through local wholesalers and belongs to organisations including Dorset Food and Drink and Hampshire Fare.

That’s a personal passion but it’s also driven by a change in attitudes. "Consumers want to support local producers, they want to know where their food comes from and what’s in it,” he says. “It’s so important and the supermarkets now know that too – they have to give customers what they want."