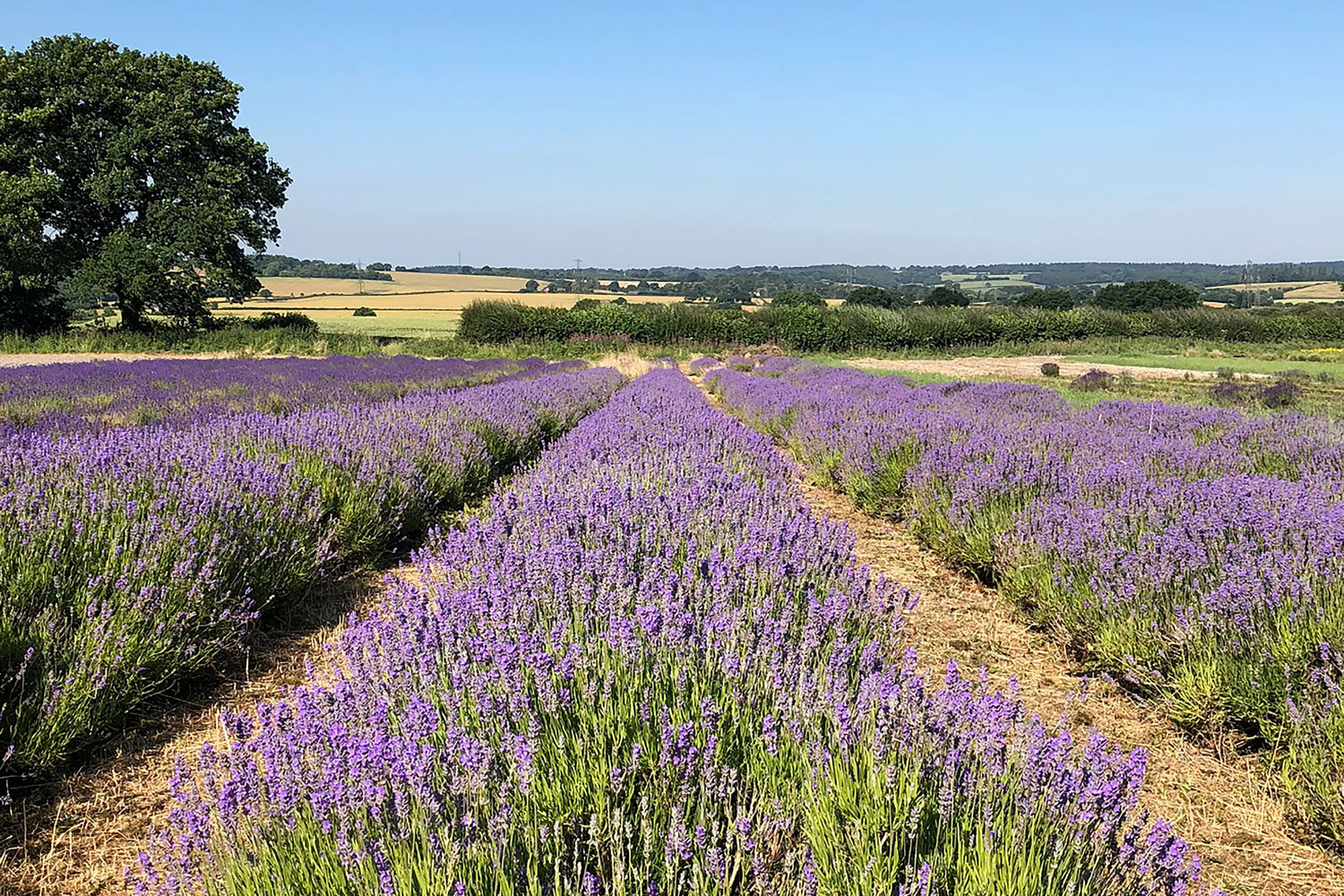 After leaving a career in banking to grow lavender at the family farm, Nick Butler is finding new ways to make the most of his sweet-smelling surroundings. He chats to Sally Pike, Partner at the Romsey office of the law firm Thrings.

Nick Butler knows a lot about lavender – he’s surrounded by more than five acres of the distinctively aromatic herb which is harvested and used to create a variety of products ranging from hand cream to shortbread biscuits.

But even he can be surprised at the uses people find for the essential oil. “The possibilities seem to be endless,” he says. “Every month or so you get somebody telling you a new story about how they’re using it.

“We had one lady who came back three months on the trot, buying a lot of lavender oil for her horses – to calm them, keep the flies off and for a special horse masseuse to use to help with an injury.

“Another lady buys it and makes her husband bathe his feet in it because she says they’re a bit too aromatic – so he’ll sit watching TV with his feet in a hot lavender bath!”

Nick and his wife Lyndsay grow eight varieties at Lavender Fields, part of their home at Hartley Park Farm, in Alton. It’s a fourth-generation family business – Nick’s great-grandfather was a tenant farmer there, and in the 1950s the Butler family bought the farm, first for mixed-use and then using the land to grow hops.

It was Hampshire’s last hop farm until the market slowed down in the late 1990s and Nick’s parents, Tim and Anne, decided to take advantage of the growing interest in essential oils.

Initially buying a lavender farm in Whitchurch, Hampshire, but deciding it was too far from home, they began replanting at Alton in the early 2000s. For the last three years, Nick and Lyndsay have been at the helm – at first quite a change for Nick, who had previously worked in a very different world.

“I studied agriculture at university, and fell into agricultural banking,” he says. “After about 15 years in various banking roles I decided it was time for a change in direction.”

“I had always lived on the farm and commuted to London and would tinker around on the farm in my spare time and holidays. I enjoyed my time in banking – but the challenge of running your own business is far more rewarding!”

The Butlers develop their own range – Nick credits Lyndsay as being the “blue sky thinker” – and work closely with producers to get to the end result. In their shop, online and at the farm, visitors find products including lavender-laced biscuits, fudge, lemonade, soaps, hand cream and, recently, hand sanitiser.

A small coffee shop opened last year but has not been in operation since social distancing regulations came into force. However, Nick is always planning ahead and looking for ways to make the most of the stunning scenery at the farm.

Viewers of  Britain’s Got Talent semi-finals may have spotted that one of the acts – the choir SOS from the Kids – was filmed at the farm, and it’s this “Instagrammable” potential that the couple plan to build upon.

“When anyone takes over a family business, they want to continue their parents’ good work and build on it – and for us that’s on the visitor side,” he says.

“We’re planting another 10,000 plants in the field this coming spring, so that will equate to another two-and-a-bit acres, which will create more of a show. Over the last couple of years, we’ve done quite a lot with wildflowers so we’re looking to see what we can do to expand that and lengthen the visitor season as much as we can.”

And what is it like living and working while surrounded by the calming scent of lavender? “You get a bit ‘nose-blind’ to it,” says Nick, “but if you go into the shop you always get a big hit of it. And we all sleep very, very well!”