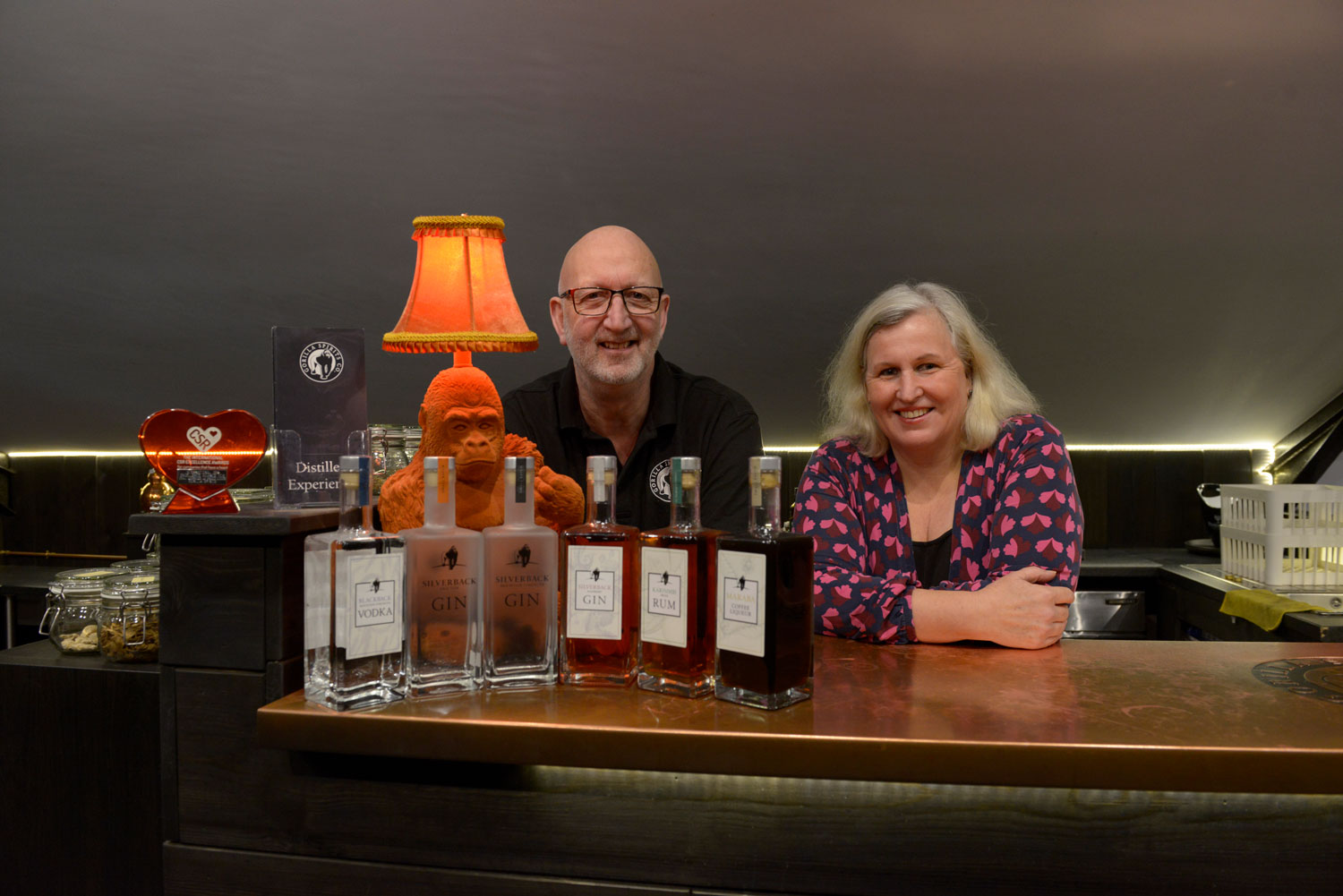 Sally Pike, a Partner in the Romsey office of the law firm Thrings, meets a former corporate salesman who turned a life-long passion for creating recipes into a second career.

“It doesn’t matter where you are in life, you’re never too old to start something,” says Andy Daniels. As “Chief Gorilla” at Gorilla Spirits, he was in his 50s when he closed off a career in IT corporate sales with a plan to launch a business serving up artisan spirits with an ethical twist.

It was quite a leap, but one which felt natural to Andy. “I was brought up by my mum in a single-parent family in the 1970s, and she had a lot of influence on me. By the time I was 16 I had a huge collection of cookery books and magazines, and that love of everything to do with food and drink stayed with me.”

The end of Andy’s corporate career came in the mid-2000s as the craft gin movement was just beginning to gather pace. After four years in research and development, he launched Gorilla Spirits and its first product, Silverback Gin.

“What I saw in the gin market was a lot of focus being put on juniper, and I wanted to create a drink that was a lot more approachable. I had the vision of a nice summer evening with a sundowner in hand, enjoying it in the company of friends, as opposed to something that people are going to deeply analyse.”

Silverback Gin was a success and Gorilla Spirits now produces more varieties of gin, as well as vodka, rum and a coffee liqueur. The drinks are sold into bars, restaurants and supermarkets throughout the UK, with some exported abroad.

Every bottle is produced at the company’s home, a converted workshop on farmland in Upton Grey, Basingstoke. Upstairs is a bar used for the company’s gin schools, where guests choose ingredients to make a bottle to take home.

“We were very lucky to be introduced to the landowners here, who were in the formative stages of diversification,” adds Andy. “They wanted to turn the land into a long-term asset rather than just selling it off for development – they’re building for the future. It’s very good to be a part of that.”

Andy’s passion for quality is matched by a belief in social responsibility. For every bottle sold, the business donates £1 to the Gorilla Organization which protects the mountain gorilla in its home habitats in Rwanda, Uganda and Congo. Andy calls this donation “GAT” – Gorilla Added Tax – and it is one of his company’s top three costs.

“I have a fundamental belief that businesses of all shapes and sizes need to focus beyond simply making profit,” he says. “We all need to be conscious of the part we play in the world at large and how to make our contribution a positive one.”