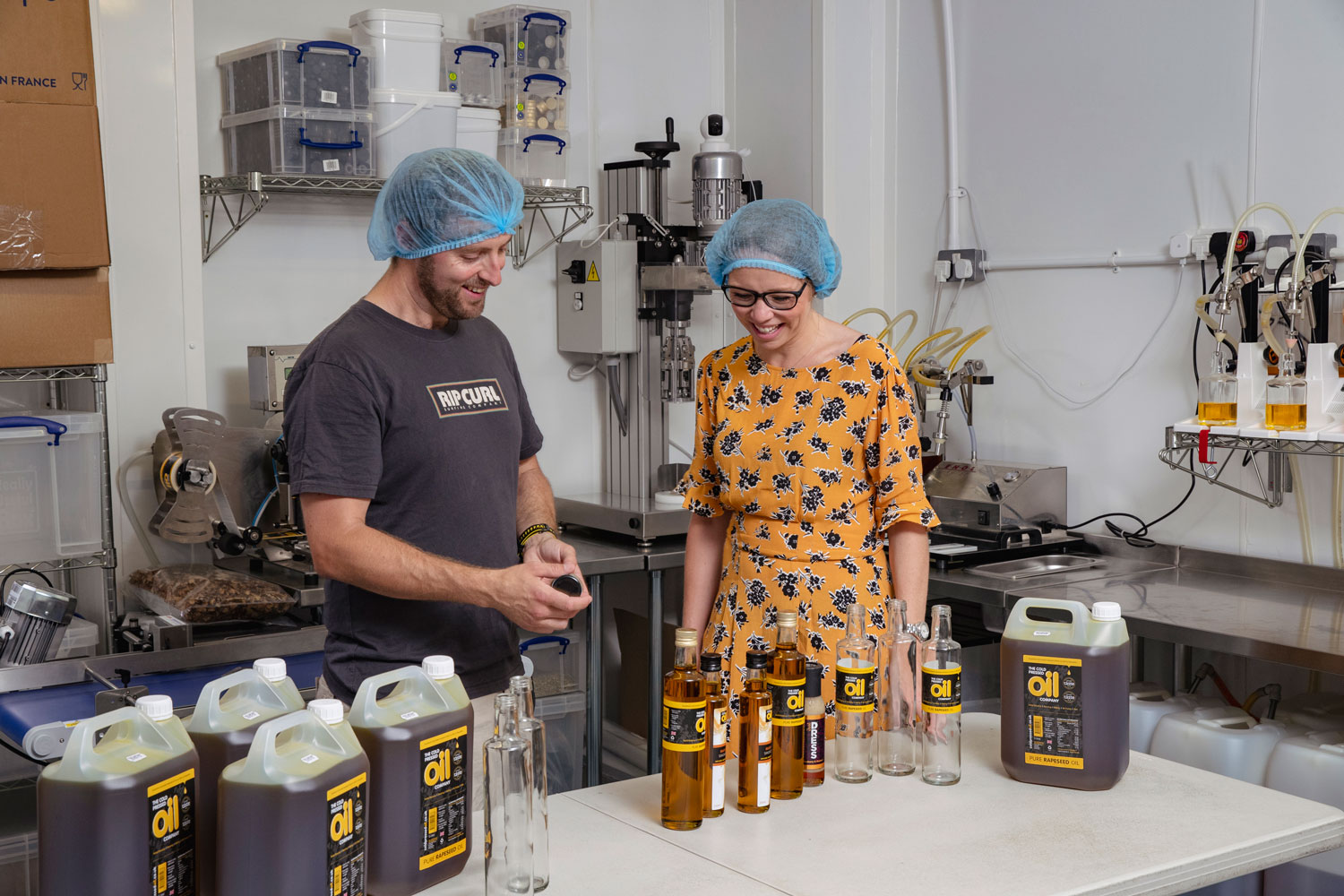 In this series about the region’s food producers and farmers, Charlie Gardner tells Holly Algar from the Romsey office of the law firm Thrings how the seed of an idea grew into a a successful company

Like many good ideas, Charlie Gardner’s concept for the Cold Pressed Oil Company came together over a pint in the pub.

Charlie had a degree in engineering under his belt but decided to avoid the path many of his contemporaries took. “They were taking jobs at Dyson and spending 15 years developing a catch or widget,” he says. “I never wanted to get into that, but I didn’t really know what to do.”

Jobs in banking and a spell with a friend’s events company followed, before a trip to Australia planted the seed which led Charlie to seek money in oil – rapeseed oil, to be precise.

The crop, whose seeds produce a versatile nutty oil when pressed, grows in abundance around Crondall in north-east Hampshire, where Charlie’s company is based.

“In Australia, rapeseed is their go-to frying oil, but it wasn’t really known about in the UK,” he says. “I started thinking, and when I got back, I spoke to the farmer in the local pub and said why don’t we look to use some seed from the farm here and produce oil, create a brand, and go from there?”

Financing the venture with help from his parents, Charlie used his engineering skills to design and build a pressing plant in a converted agricultural barn.

As the crop is harvested, the seeds are threshed out of their pods before they go to be cleaned, dried, and stored until they are ready to go through the cold pressing method, which removes the oil without any need for heat, chemicals, or additives. The leftover husk goes into cattle feed, minimising waste.

It takes around two tonnes of seed to make 1,400 bottles of oil, which is sold to pubs, restaurants, and retailers.

At first, sales were slow, but word of mouth spread, fuelled by Charlie’s mission to get high profile chefs on board – including Tom Kerridge, whose Michelin-starred Hand and Flowers pub is a customer to this day.

Never one to stand still, Charlie is now developing new products including a range called Just D – Just Dress for salad dressings, Just Drizzle for oils and Just Dollop for mayonnaises. He is also exploring offbeat sidelines including adapting the oil for chainsaw lubricant, bike grease and candles – and the waste products into eco logs for burning.

It’s clearly been hard work, but Charlie is driven by ambition, creativity, and a strong belief in the need to support British produce.

“Anyone can be a business owner, but it takes a lot of effort, blood sweat, tears and time to become a profitable business,” he says in his office, surrounded by pictures of his young family. “You have to sacrifice a lot – but it’s worth it.”

Holly Algar is an associate in the succession and tax team at the Romsey office of the law firm Thrings.