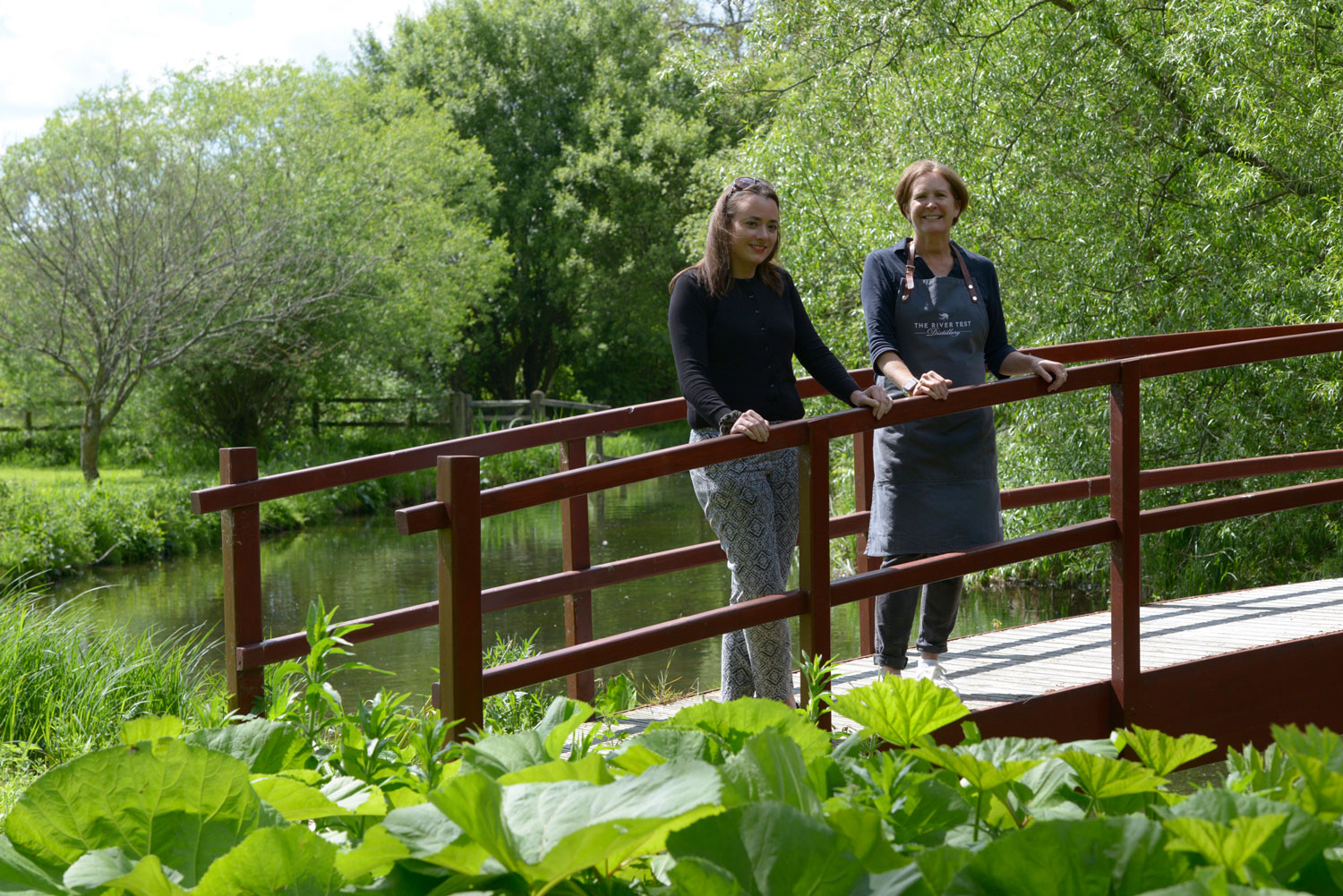 In this series about the region’s food producers and farmers, Sarah Nelson of The River Test Distillery tells Harriet Burt from the Romsey office how her award-winning came to be.

Former teacher Sarah Nelson had no idea how being “dragged along” to a distilling course by her husband Jonathan would change her life.

“Jonathan had lots of ideas over the years – and I said no to every single one of them!” she says in the front garden of her Longparish home, which now doubles as the headquarters of The River Test Distillery.

“But what captured me about this course was the people – they were so creative, passionate and enthusiastic, and I thought that I would just love to be part of this.”

Sarah, who had taken a break from teaching to raise her family, took a “terrifying leap of faith”, deciding not to return to the classroom and to invest in the world of craft gin instead.

Jonathan took the lead on developing the liquid, hitting upon his perfect London Dry Gin recipe after making just over a dozen experimental batches. Sarah took on design, marketing and “running the show” – including the commissioning of a unique bespoke bottle that mimics the flow of running water of the River Test when turned.

Thanks to a borehole dug on a nearby hill, pure chalk-filtered water from an aquifer feeding the river is piped directly into the distillery, where it is treated and blended with neutral grain spirit into a 500-litre automated still imported from The Netherlands.

The liquid is steeped in botanicals during the distilling process – for the London Dry, these include rosemary and bay leaves from the garden, and meadowsweet from the riverbank. This wild herb blooms for just two weeks in July when local villagers – paid in gin and tonic – help collect it so it can be dried and used throughout the year.

The resulting gin, bottled and labelled by hand, proved to be an immediate hit. Just five months after launch in 2019, Sarah entered it into the World Gin Awards, where it was named the best London Dry Gin in England – the first of a clutch of prizes.

Chalkstream Gold, made with Maris Otter barley from the fields around the distillery, followed, starting life as a bespoke creation for the Craft Gin Club subscription service. A third variety, Sunset Citrus, has just been launched.

The gins sell online, at selected farm shops, delis and garden centres and at markets and shows, where the story is as important as the smooth taste of the gin.

“We tell people how it all started with the river, and how they can taste the botanicals that are literally on our doorstep,” Sarah says. “And each time we tell our story, we feel a huge sense of achievement.”

If you have any questions about subjects in this article, please contact Harriet Burt, solicitor in the private client team at the Romsey office.