Weeds – a Round Up of Legal Risks and How to Mitigate 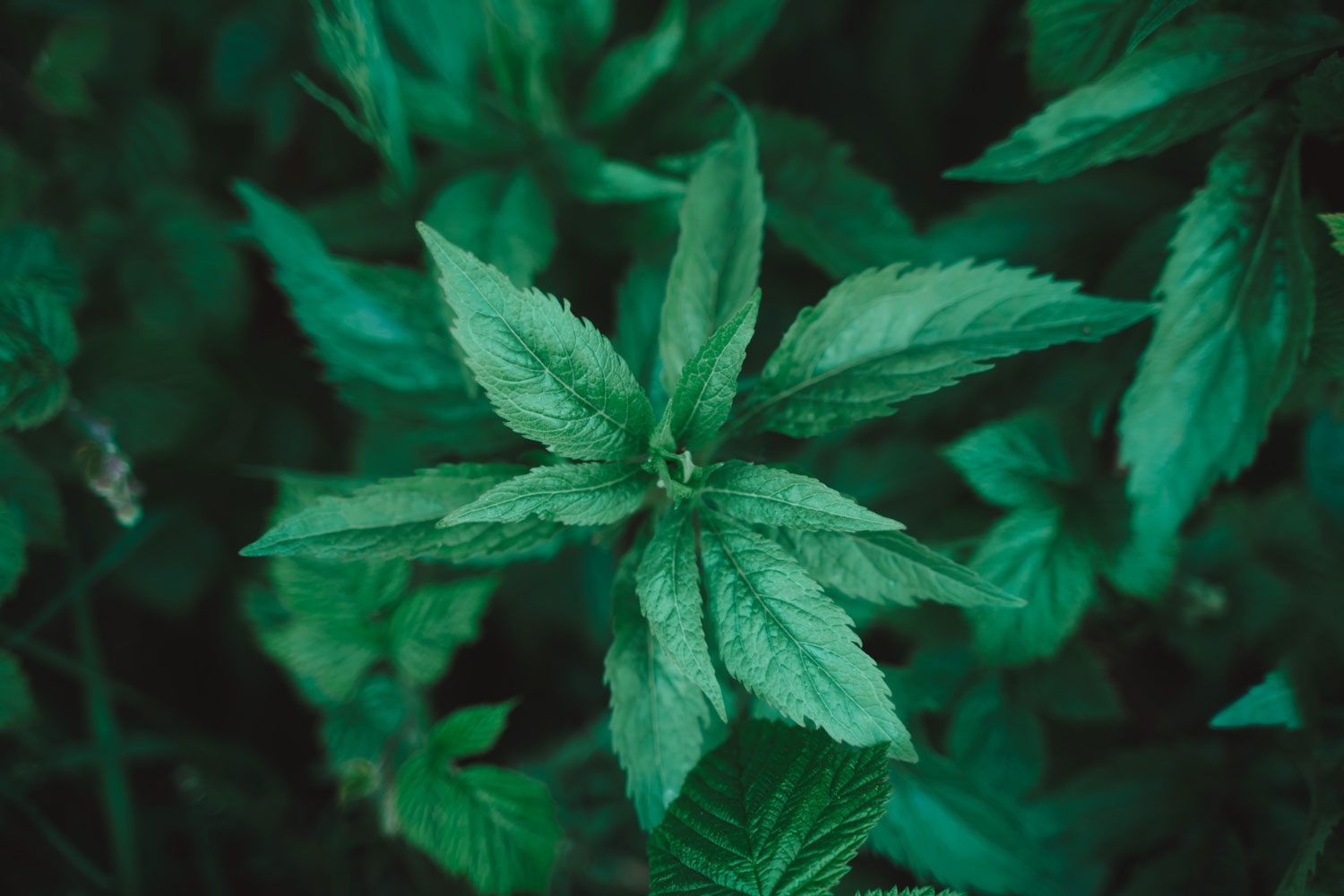 The presence of certain plant species on development land can cause a variety of problems for land-owners and developers in the form of liabilities and duties under statute and the common law of nuisance, physical damage to buildings and financial losses which flow from this.

Under the laws in force in England and Wales there are two categories of plants of concern.

The infamous INNS is Japanese knotweed. Other key INNS in the UK include: giant hogweed and Himalayan balsam (typically found along watercourses), New Zealand pygmyweed and floating pennywort (in freshwater) and rhododendron. (Each link clicks through to the relevant Non-Native Species Secretariat’s identification sheets).

Injurious native weeds are defined in the Weeds Act 1959. These are common ragwort, spear thistle, creeping or field thistle, curled dock and broad-leaved dock. These weeds are illustrated in a handy DEFRA illustrated guide.

Japanese knotweed is a formidable plant – it grows at an astonishing rate and has roots that can extend several metres into the ground below, spreading outwards from the base of the plant. These roots can penetrate hard structures such as walls and foundations. Even if identified and treated, a tiny amount of root or stem in the ground can spring back into life and re-infest the land. The potential to wreak such havoc and the associated laws to try to control this inevitably have consequences in terms of valuation, marketability and buildings insurance.

The other types of harm caused by the weeds mentioned above include:

There number of potential criminal offences, civil liabilities and risks of enforcement action which could arise for those owning and developing land.

Core offences relating to non-native species exist under the Wildlife and Countryside Act 1981 and the Invasive Alien Species (Enforcement and Permitting) Order 2019, both criminalising the planting or causing to grow in the wild of the relevant plant species (set out in Part II of Schedule 9 of the 1981 Act and Part 2 of Schedule 2 of the 2019 Order).

DEFRA guidance discusses the concepts of “the wild” and “causing to grow” in the WCA 1981. As one would expect, growing and cultivating the listed plants in a private setting and taking reasonable measures to prevent the plants from propagating elsewhere would not be an offence. Pre-existing plants in a more open and less controlled area (e.g. a field laid fallow before redevelopment) become more of a grey-area with the guidance suggesting that knowingly allowing the plants to accumulate on the land, allowing them to spread to other areas of the wild and making a conscious decision to take no action control the plants could be amount to the offence of “causing to grow”.

It is a defence to both the 1981 Act and the 2019 Order offences that a person has taken all reasonable steps and exercised all due diligence avoid committing the offence. The 2019 Order specifically makes directors of company liable if the offence is committed with their consent, connivance or if it was attributable to their neglect.

The sanctions if found guilty of an offence are up unlimited fines and up to 6 or 24 months’ imprisonment (depending on whether the case is tried at a magistrates’ court or the Crown Court).

The 2019 Order also has a civil sanctions regime overseen by Natural England/Natural Resources for Wales (NE/NRW) with a range of tools open to them such as fixed and variable monetary penalties, compliance notices, restoration notices and stop notices.

It will also be relevant to developers that disposal of soil containing INNS will likely be classified as “controlled waste” which brings into play duties and potential offences under the Environmental Protection Act 1990. The offences here are disposing of waste without a permit or in a manner which will pollute the environment (section 33) and breaching duty of care by failing to take all reasonable steps to ensure that waste is not disposed of unlawfully or in a manner like to cause pollution or harm (Section 34). Penalties are similar to the 1981 Act and 2019 Order offences, albeit the Crown Courts can impose a custodial sentence of up to 5 years for a section 33 offence, whereas a section 34 offence does not have the potential a custodial sentence.

In relation to injurious native weeds, the Weeds Act 1959 imposes a duty on land owners in relation to injurious native weeds: to stop them spreading to agricultural land, not to plant them in the wild and to choose the most appropriate control method for the weeds. NEW/NRW can serve enforcement notices. Non-compliance is an offence which can incur a fine of up to £1,000 in a magistrates’ court and there is an ability for NE/NRW to step in and remove the weeds charging back costs to the occupier.

Local authorities have powers to serve notices under section 215 of the Town and Country Planning Act 1990 and the Anti-social Behaviour, Crime and Policing Act 2014. Failure to comply with notices (unless a valid defence is raised) can lead to fines in the magistrates court or the local authority undertaking the required works and re-charging the costs to the occupier.

The Town and Country Planning Act powers would appear to be more directly relevant to weeds growing on land - if a local planning authority considers that the condition of land is affecting the amenity of an area, they can serve a notice under section 215 requiring the condition of the land to be remedied. The minimum period to remediate is 28 days. A community protection notice under the 2014 Act is vaguer in its ambit, referring to unreasonable conduct of a person or body having a detrimental effect of a persistent or continuing nature on the quality of life of those in the locality. Having said this, in 2017 Bristol Council served a community protection notice in respect of a Japanese knotweed affected site leading to the magistrates’ court fining the land owner £18,000 plus costs for failing to comply.

Liability could also arise under the common law of nuisance which would take the form of a private civil court claim between neighbouring land owners. Liability would arise if the weeds spreading from one parcel of land to another land caused a substantial and unreasonable interference with the claimant’s land. This could lead to claims for compensation in respect of loss of enjoyment or amenity (including diminution in value), cost of removal and remediation and/or a continuing injunction to prevent the problem re-occurring.

The importance of due diligence

Given the extent and gravity of the potential offences and liabilities outlined above, the importance of developers and purchasers of land carrying out their due diligence cannot be overstated.

In terms of the legal process, the potential existence of INNS and injurious native weeds should be specifically raised. Unfortunately, the Commercial Property Standard Enquiries (CPSEs) used in most property transactions do not, in our view, go far enough. Whilst the CPSEs contain questions referring in general to infections/infestations, hazardous substances and contaminants and environmental problems, a seller could always argue that the enquiry was not specific enough to direct them to turn their minds to Japanese knotweed and the like.

The Agricultural Land Association Agriculture and Rural Land standard enquiries (which derive from the CPSEs) are much more rigorous in this area, containing a section dedicated to diseases, noxious weeds and pests with specific questions about the INNS in the 1981 Act and the native injurious weeds in the 1959 Act and follow up questions about action taken to control/eradicate any plants and any notices received under the 1959 Act.

Enquiries only get you so far and sellers can be evasive in the extreme when responding. A typical reply might be “rely on your own inspection”. Whilst it would be prudent to push for a more substantive response, it is unlikely that any well-advised seller would ever answer definitively in the negative. In most cases, the onus will be on the purchaser to inspect and survey the land and form their own view.

A survey should be commissioned from a specialist surveyor or consultant. A desktop assessment is unlikely to be definitive and so this is likely to entail a physical inspection of the site. If the purchaser is planning to dispose of the site or secure a loan on the site, the purchaser should ensure that the consultant’s appointment obliges them to provide letters of reliance to future purchasers and lenders. This will mean that the survey can be provided to those parties and they will be able to rely on the report as if they had commissioned it themselves. Similarly, if the seller has recently obtained a report, then it would be reasonable for the buyer to expect a letter of reliance for the seller’s report.

Sometimes the seller will have already identified a weed infestation and commenced and/or completed the recommended treatment. In these cases, the well-advised purchaser should ensure that any continuing obligations will benefit the purchaser from completion in the form of a collateral warranty or insurance-backed guarantee. If the treatment plan is incomplete (e.g. follow-up visits were scheduled for years 2 and 3, but only the year 1 treatment has been completed), the purchaser should ensure that they will be able to get the contractor back and establish the cost of this (which may of course entail an allowance/retention in relation from the purchase price).

For further information on this issue, please contact the Planning team.