Enfranchisement is a complex and niche area of law with significant values at stake. The right of long leaseholders to buy their landlord’s interest outright or acquire an extended lease term creates a process in which all parties are eager to protect their individual property interests. It requires specialist legal advice and calls for a collaborative approach. At Thrings, we support our clients by providing procedural guidance and strategic, pragmatic advice based on their specific needs with a view to achieving the best possible outcome and maximising their property interests.

Leasehold enfranchisement comprises unique statutory rights and procedures that apply to properties subject to residential long leaseholds. We are experienced in all leasehold reform procedures. Our services include advising on lease extensions, the collective acquisition of the freehold of a block of flats (collective enfranchisement), right to manage claims, rights of first refusal and the acquisition of leasehold houses. We also provide strategic advice to developer and portfolio clients and investors on managing enfranchisement risk and maximising their return.

We act for UK and international clients, landlords, leaseholders, property managers, investors and developers. We create a bespoke team of experts from our Property Litigation, Private Property and Company Commercial Teams ensuring the most appropriate and specialist expertise are readily available at every stage of the process. We also use our market connections to ensure that our team includes prestigious property professionals, such as enfranchisement valuers and specialist Counsel (if required) to provide trustworthy and established advice.

Where an agreement cannot be reached within the statutory timetable, our experience in representing clients in courts and tribunals ensures you have the best support.

Our specialist Leasehold Enfranchisement Team has been involved in a number of high-profile cases in this area. Highlights include:

Our expertise in this area encompasses: 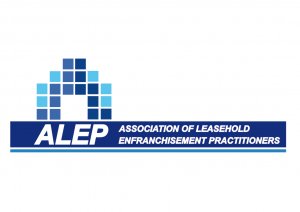 Net zero farming at the heart of Thrings Agricultural Seminar

Getting to know… Harvey Davies

Farming the environment – opportunities and risks of biodiversity schemes for landowners