Atlantic Crossing – The Fast and the Furious! 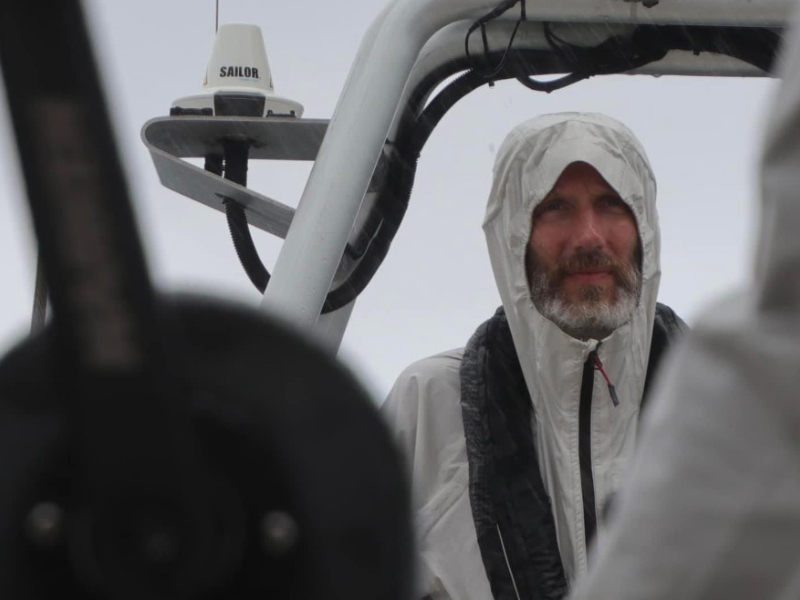 We’re back in the UK! After a great stopover in New York, we left on the 29th June and made a record time across the Atlantic, coming into Derry a day before the earliest time we were expected.

Two conveniently placed high pressure weather areas in the Atlantic gave us fast but stable winds in the right direction, allowing us to use our spinnaker and make consistently fast speeds, with an extra helping hand from the Gulf Stream here and there. The early part of the race was also much warmer than expected, with wind being pulled up from the South, which meant we sailed past the ‘ice limit’ marks in shorts and tee-shirts!

We saw more wildlife than we expected as we crossed, including a family of whales that popped up just as we were hoisting the spinnaker. They were just 10m or so from the boat, so we were very glad not to have hit them. We also saw lots of Dolphins, which tend to appear around sunset and sunrise, making for some truly magical experiences. The biggest surprise was in the number of Portuguese Man O’War Jellyfish we saw. There were times when they were almost continually floating past the boat, with their trademark ‘sail’ above the water. At one point we even had one on the deck, washed on by a wave. These are the most venomous jellyfish on earth so we had to be very careful as we picked it up to throw it back into the sea. (Only the tentacles are venomous, so you can hold them by the sail!)

We made such good time in the early part of the race that the Clipper Race Organisers extended the route by 300 miles to avoid us arriving too early, resulting in the ‘furious’ part of the race. The route was changed to go 150 miles further North than originally planned, around Rockall Bank and St Kilda. However, our detour coincided with a storm, featuring sustained 50 knot winds, and the instruments read 70 knots at one point! As we headed into the storm the load on the Main Halyard (the line which holds the Main Sail up) caused it to partially break leaving us with the sail not fully hoisted, and unusable. After some creative thinking by our skipper Patrick, we managed to get the sail down, and hoist our storm sail, which gave us some stability, and kept us moving (slowly!) until 8 hours later when we managed to fix the halyard and re-hoist the main.

We spent another 30 or so hours in the storm, in some of the wildest conditions I’ve seen. Fortunately, no serious injuries were sustained as we battled to get sails lowered, changed and hoisted, working on the foredeck of the boat in very rough seas, with waves regularly landing on deck and knocking crew off balance. The tethers which keep us attached to the boat in these conditions were essential, as without them it would simply be too dangerous to go on deck.

As we sailed out of the storm and saw the cliffs of Donegal welcoming us to Ireland in the evening mist, a tired but proud crew celebrated crossing the finish line. We’ve got just 5 days of racing left, in our final sprint to London for race finish. We’ll be going north of Scotland, so we’re waiting to see what the weather has in store for us. However having gone through our previous crossing together, we’ll have confidence that our team can handle whatever comes.

Keep up with the last of Ben's journey on our Thrings Links page.