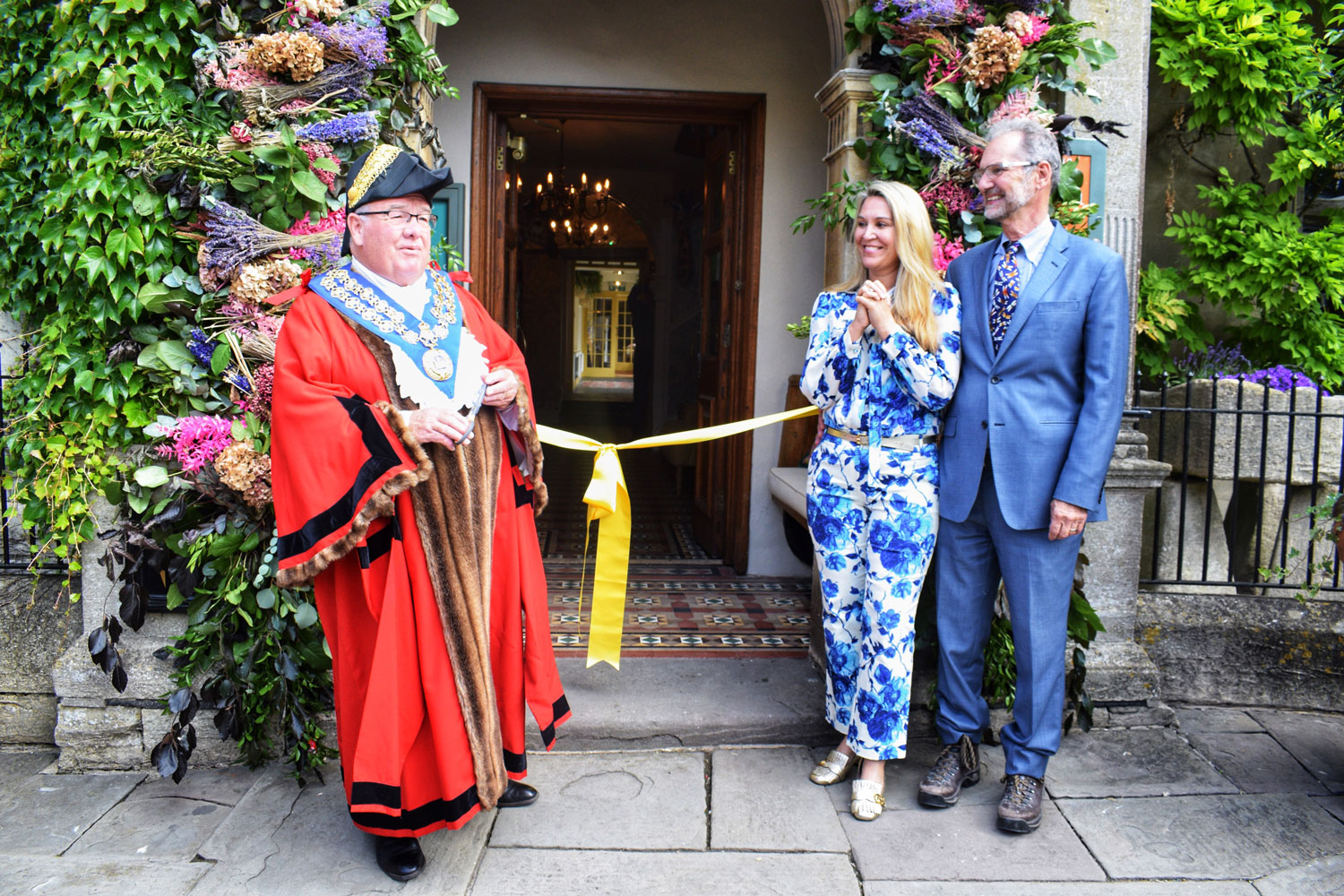 New owners prepare to welcome visitors to The Old Bell.

The Old Bell in Malmesbury - which was built in 1220 – is set to welcome guests after undergoing refurbishments and the introduction of new menus.

Paul Smith, Mayor of Malmesbury, officially reopened The Old Bell in front of specially invited guests, with the Hanks - founders of wedding and special events business Whim Hospitality - vowing the hotel “would continue to serve the community as it has for the past 800 years”.

Carey Willis Fleming in Thrings’ Employment team travelled to the Wiltshire town to represent the firm which handled the sale of the hotel earlier this year.

Guests listened as Whit spoke about his connections to Malmesbury - the Hanks family ancestral home since before 1500 - and how pioneering Malmesbury industrialist, Walter Hanks, had operated a mill below The Old Bell Hotel on the River Avon in the late 1100s.

Thrings has also been instructed to advise Kim and Whit when they take ownership of the neighbouring Abbey House Gardens, a country house garden covering five acres, later this year.

Whit said: “Kim and I have been gratified and humbled by the warm reception we and the hotel have received from the townspeople of Malmesbury. We are looking forward to making further improvements to honour their trust in our stewardship of this valued property and see it return to its place as the hub of the social scene in the town.

“We have had a lot of different legal issues - property acquisition, commercial contracts, alcohol permitting, and employment law - and Thrings has performed at a very high level in all these disciplines. We are currently negotiating other potential acquisitions, and my first call is always to one of our trusted advisors at Thrings.”

John Davies added: “Working with Kim and Whit has been a revelation. They are successful entrepreneurs in a number of sectors, which is impressive enough, but their standout qualities are their warmth, hospitality and integrity.

"The team at Thrings is very much looking forward to helping Kim and Whit on many more projects in the future.”