Coronavirus: the long-term impact on agriculture 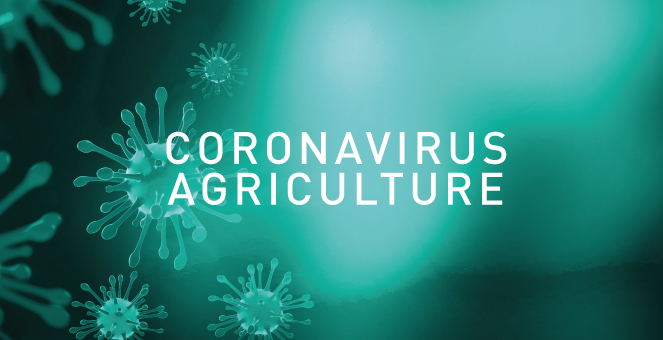 A stronger focus on self-sufficiency in food production

We could see the UK’s self-sufficiency in food production taking a much higher position on the Government’s agenda. It will be interesting to see if the focus shifts away from the concept of protecting natural capital and environmental benefit, and towards encouraging domestic food production to help minimise our reliance on imports.

Before this crisis, the Government was looking to replace the European farming subsidy scheme which we are leaving with one similarly geared towards natural capital. There should perhaps now be some recalibration, where this idea is still encouraged but it takes second place to facilitating greater food production in this country, so that we shorten supply chains and limit our exposure to the kinds of problems they are vulnerable to.

There is a need to look at what behaviours you have to start rewarding, and they may not be exactly the same as the ones you encourage when your primary focus is on environmental benefit.

Sitting alongside this is the question of whether countries become more self-contained and isolationist in their policy, to look after themselves in terms of production but also to limit the transmission of the virus if that becomes a long-term concern. In that scenario, we are going to need to look very carefully at supply routes in the same way industries outside agriculture have had to look at theirs – they have had to ensure they are not reliant on products from China, for instance.

The whole idea of people and goods moving around globally with the freedom we have previously seen will be open to challenge – and that is a very strong driver for being as self-sufficient as we can.

Farming may be more resilient than other industries

There is no doubt about the severity of the impact of this period on farmers. Many will have invested heavily over the years in diversifying their businesses and many of those diversified ventures, especially those linked to tourism and hospitality, are impacted at present.

Similarly, commercial lettings on farms are increasingly susceptible to the effects of a drawn-out lockdown – many landlords are reporting conversations with tenants around rent holidays and reductions. Likewise, residential tenants on farms may be feeling the effects of widescale furloughing of staff and reductions in take-home pay. Shoots are also experiencing a period of great uncertainty with many established ones simply deciding not to go ahead this year due to the financial exposure.

However, farming is one of the sectors that may be better placed to survive this crisis and pick up more quickly once something like normal life begins to return. To some extent agricultural work has been able to carry on under lockdown.

Although we have seen distress – the most obvious example being the dairy sector where farmers have had to pour milk away because of the absence of demand from the hospitality sector – there is going to be a continued demand for food, and a need to ensure it is produced. This builds some resilience into agriculture that we won’t see in all industries.

More interest in the provenance of food, and a challenge to supermarkets

Before the virus hit, we were seeing a trend towards consumers taking more interest in where their food comes from, how it is produced, and whether it is locally sourced. There will still be a large proportion of consumers who are driven by price and convenience, especially as one of the sad repercussions of this crisis is that many people will face increased financial hardship.

However, there may be a renewed interest in provenance and the concept of reducing food miles. Because of the lockdown, we have seen a surge in people shopping locally – the greengrocer, the local butcher, the farm shop – and a strong sense of community and people wanting to support businesses in the place where they live. It will be interesting to see if this continues when restrictions are eased.

The debate about supermarkets – their responsibilities, the bargaining power and control that they have – was going on well before the Coronavirus situation started. However, if farming is in the ascendancy of government policy, coming much more to the fore as important and valued businesses, we may see the power dynamic between agriculture and the supermarket giants shift slightly. There’s a balance to be struck there between ensuring farmers are paid fairly and that reasonably priced food is still available.

The price of rural land for development may fall

Because of the need for continued food production, it may be that the value of land that continues to be used for farming stay relatively stable.

However, when it comes to rural land sold for development, we may see the value eroded as a result of higher taxation (to pay for the repercussions of COVID-19) and the need to produce housing that is affordable enough for first-time buyers to be able to get a foot on the property ladder. If property prices take a hit as a result of a dip in the economy caused by the virus crisis, and developers are forced to produce housing available at a lower cost while protecting their profit margins, that will filter through to landowners in the form of reduced land values.

Lenders will be sympathetic to farmers

Banks and lenders see landowning farmers as a safe bet to lend to – they’ve got a subsidised industry and the capital value of their land is a large asset to borrow against. Because of that, I anticipate lenders shouldn’t be too reluctant to increase their exposure to farming compared with most other industries.

We may see changes to Agricultural Property Relief and other taxation

The prospect of a reform to Agricultural Property Relief, an inheritance tax relief which is incredibly valuable for farmers and landowners, has long been mooted. With each passing Budget there has been an expectation that this relief may be changed or subsumed into the more general Business Property Relief.

So far that hasn’t happened, but with the Treasury under pressure to recover some of the huge spend on dealing with the fallout from coronavirus, it may be politically “acceptable” to tax those who the general public see as wealthy landowners making windfall profits on the back of selling land for badly-needed housing.

At the moment, we’ve got a very benign tax regime for landowners selling land for development. This is very likely to change, and I anticipate landowners who have recently made a sale, or are about to, will want to think about paying the tax now rather than having to worry about a probable increase in capital taxation down the line.

It is probably inevitable that we are going to have higher taxation, but I think people generally will bear it if there is corresponding funding for welfare – this crisis has clearly underlined the link between the two.

An increased focus on biosecurity

The farming world was already all too aware of the importance of biosecurity, having lived through previous crises like foot and mouth. If there’s one thing that’s going to refocus minds on this issue, it’s a global pandemic.

There will be an increased awareness of the need to limit the transmission of all kinds of disease – not just human disease, but the organisms that can have a hugely damaging effect on agriculture and horticulture. We are bound to see, in a similar way to how acts of terrorism affected our airports, and our daily lives, that our defences against biological threats will ramp up. These could well include a reduced reliance on imports and result in more demand for domestic produce.

As many of us work from home, struggling with domestic internet connections, this crisis has highlighted the importance of good broadband, particularly in rural areas.

A lack of good infrastructure and connectivity speed has been a complaint of both the NFU and the CLA for years – they have been lobbying Government to push for better infrastructure.

There has been lip service to it, but it’s not been cracked, and the Government will come under increasing pressure to tackle it. Arguably, in the new future, this is more important than transport schemes such as HS2.

Increased recognition of the importance of agriculture workers

The agriculture industry’s reliance on migrant workers, mainly from eastern Europe, has come into sharp focus as there are real concerns about the ability to recruit enough fruit and vegetable pickers for the harvest this summer.

It’s interesting that through this time, the public have gained a new appreciation for those who do jobs that were previously considered “low-skilled” – delivery drivers, supermarket workers, nursing home carers – and now realise how essential these jobs are. It’s the same with agricultural workers, and the question is whether we would attract more of our domestic workers back into the industry if there were greater recognition of the importance of these roles and commensurate pay.

Whilst that would have a knock-on effect on the cost of food production (and no doubt services in other sectors reliant on supposedly “low-skilled” workers) it’s beyond doubt that we now all have a much greater appreciation of who and what is important in life. It will be interesting to see how that shapes our behaviours and values as we all move into this new and uncertain future.

Please note: Nothing in this article constitutes legal advice and we are not liable for any reliance on the information provided. This is a rapidly changing subject, and whilst correct at the time of writing, circumstances may have changed since publication.

To find out more about anything covered in the article, or to discuss the potential impact of the coronavirus pandemic on your business, please contact Mark Charter or another member of Thrings’ Agriculture team.