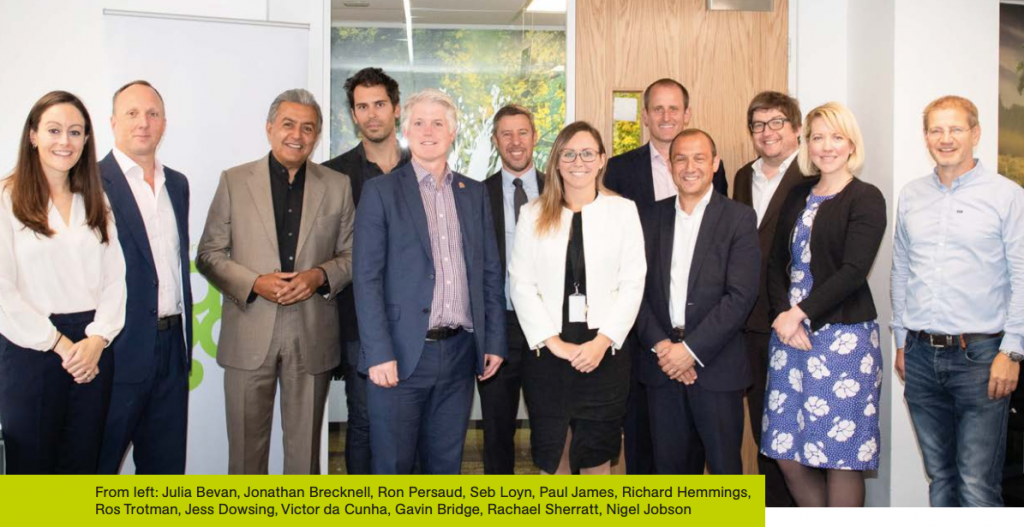 Sworn in as leader of the busy South West branch of the national organisation in March 2019, Ros has been busy promoting the mission of Women in Property and sharing her planning expertise at a host of events in the region.

The growing organisation, which has 300 members and runs over 100 events per year, seeks to enhance the profile of women in the property and construction industry. Ros has been actively forwarding the diversity agenda, with a focus on attracting and retaining female talent in the South West.

Addressing an audience of 100 industry experts in Bristol’s built environment, Ros chaired a panel discussion featuring the Mayor of Bristol Marvin Rees on Bristol’s One City Plan. You can read a summary of the debate, which took place in July, here. She was also invited by Business Leader magazine to discuss the Future of Bristol (read more here).

A recent guest of RICS’ (Royal Institution of Chartered Surveyors) president and South West Board, Ros attended the president’s networking lunch, where discussions included diversity and how to inspire the next generation of property professionals. She also presented an award at the RICS Awards, South West earlier in the year.

As her commitments ramped up, Ros was invited to judge contenders in Insider magazine’s South West Property Awards, for which the shortlist was announced this week. She commented:

“With so many exciting developments taking place across the region, I’m particularly delighted to be part of the judging team this year. I look forward to helping celebrate these projects and those who have strived to make them a success.”

Enjoying the other side of the limelight, Ros was recognised for her influence in the property sector - making it onto Insider’s Property Power 50 list this September. She appears alongside the likes of Gavin Bridge, executive director of one of the South West’ s most pioneering developers Cubex and His Royal Highness, Prince Charles. Ros will attend a special roundtable with a selection of the top 50 this week.

Further afield, Ros was recently guest speaker at the Solent Women in Planning Group, where she presented an update on two significant legal decisions (more here).

Ros said: “Six months in and I’m delighted with the number of women and organisations we have reached. Take-up of our skills-based events has continued to soar and large players in the region seem to be taking note of our message. There is still a lot to be done, so I continue to encourage everyone to #makeyourmark, whether stepping up to new opportunities, driving change in your company or giving back by becoming a mentor to other women in the industry.”

Joining Thrings in 2014 after more than three years in local government, Ros is ranked as a leader in planning by the highly regarded legal directory, Chambers & Partners. Day-to-day, Ros advises on development schemes and takes on planning disputes across the region.

You can catch up with Ros at the next Movers & Shakers conference in Bristol on 12 September, hosting Women in Property’s celebration of 100 Years of Social Housing at Thrings’ Bristol office on 19 September and speaking at the Law Society’s Marking 100 years of Women in Law event on 14 October in Bristol. 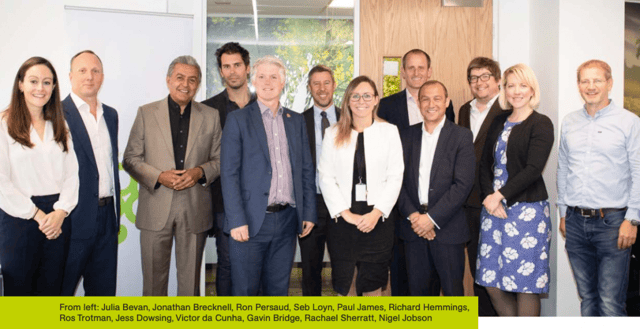 Since Ros Trotman featured in Insider's South West Property Power 50, she was invited by the magazine to join her peers at a roundtable to discuss highlights from the  past year and what should change in the sector.

She said: “I am proud of Thrings for setting up its own equality think tank, looking at what the company is doing well and could do better. It has led to number of changes to maternity policies, back-to-work support and flexible working policies. With my Women in Property hat on I am very proud that, in the past year, we trained 70 people to be part of our mentoring programme."

She went on to comment on compulsory purchase powers and the need for further flexibility from local authorities when it comes to approving schemes.  You can read her comments as published in the October issue of Insider here.

Ros has since been promoted to partner.

Should you wish to discuss any of the above, or your planning issues, please get in touch with Ros Trotman or a member of Thrings’ Planning team.