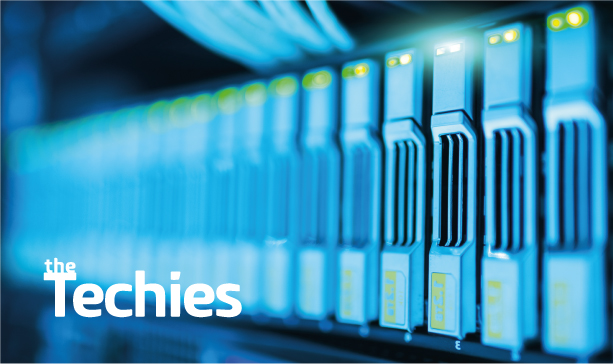 The Techies awards, which celebrate the innovation and entrepreneurship of the IT community in Swindon and Wiltshire, are returning for a fourth year.

The county’s most exciting and innovative tech firms are being invited by awards organisers The Business Exchange to submit their entries to be in with a chance of winning one of twelve awards.

A virtual summer social event – hosted by the Techies and the Tech Swindon network on 10 June – will officially mark the launch of the awards as well as celebrating local tech success stories of the last year.

Entries for the Techies Awards 2021 - which are only open to organisations based in Swindon and Wiltshire - will close at midnight on 17 September. The winners will be announced at a special ceremony in early November.

The awards will see Thrings return as sponsors of the Tech Team of the Year.

Headline sponsors for the Techies are the Swindon & Wiltshire Local Enterprise Partnership (SWLEP), the private sector-led partnership between local businesses, Swindon Borough Council, Wiltshire Council, the military and the education sector. Kate Westbrook, a leading technology and commercial contracts lawyer at Thrings, will be on the judging panel again this year.

Kate said: “Over the past eighteen months the UK has undergone one of the most disruptive periods in living memory, yet tech businesses in Swindon and Wiltshire have found ways to adapt and respond to the challenges set before them. In doing so they have added to the county’s reputation for innovation and technological excellence.”

“Thrings is very pleased to be extending its partnership with the Techies Awards and continuing its support for a region which is home to so many talented individuals, exciting businesses and ground-breaking tech projects.”

Anita Jaynes, awards founder and owner of The Business Exchange, added: “I love organising the Techies each year and it’s a real privilege to showcase the amazing work happening on our doorstep. The Techies celebrates the work of organisations large and small and is open to all sectors doing exciting things with technology.

“As well as recognising local tech achievements, the Techies provides an opportunity for like-minded businesses and individuals to connect. It’s fantastic that previous entrants have met through the Techies and have gone on to collaborate and form fantastic long-term relationships.

“We couldn’t put on the Techies without the support of our sponsors and it’s great to be working with Thrings and Kate Westbrook once again. We are really excited for the 2021 competition to commence.” For more information about the Techies – including details on how to enter – please visit www.the-techies-sw.co.uk