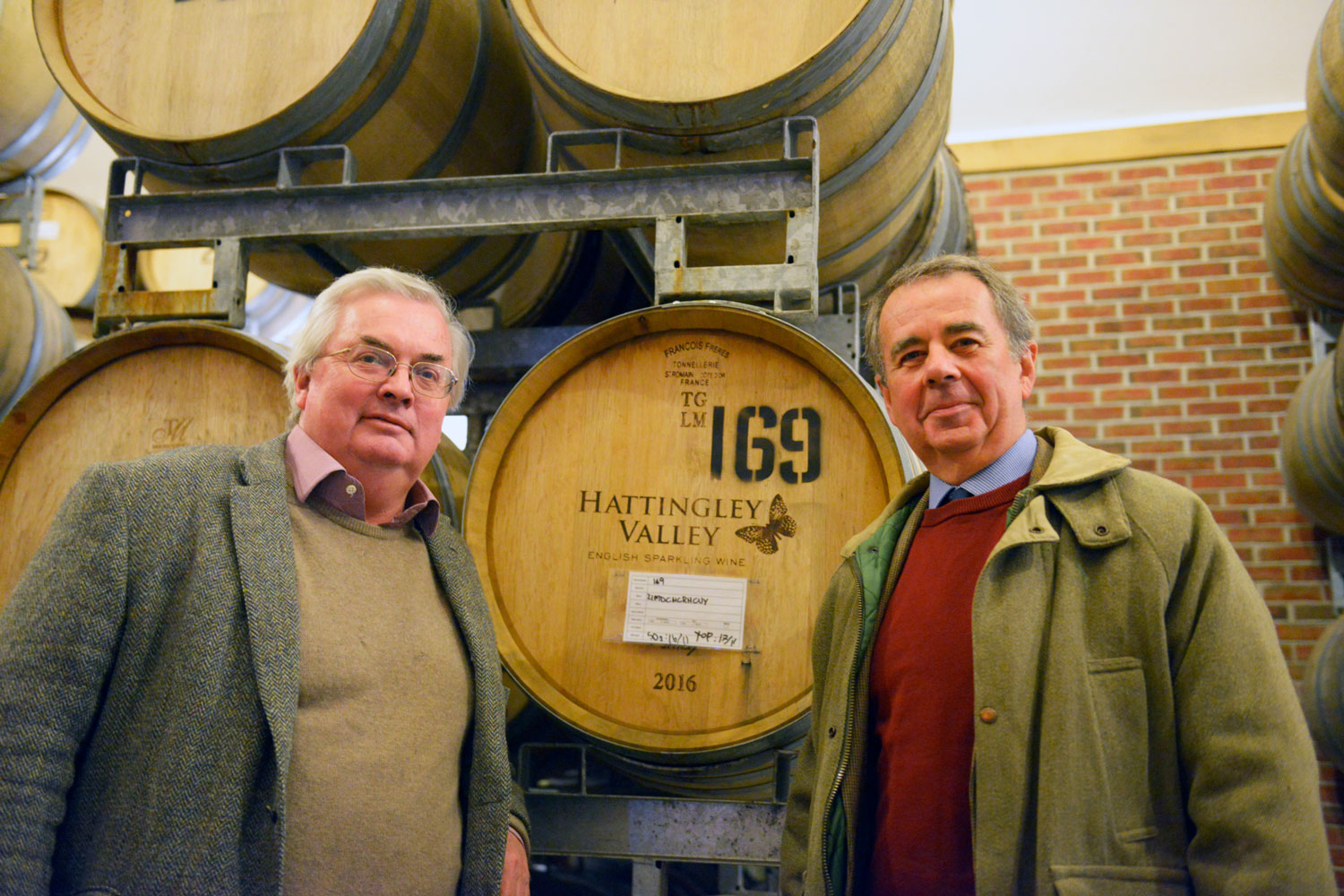 Simon Robinson and his team produce upwards of half a million bottles of high-quality English sparkling wine each year from a Hampshire farm – taking on the French at their own game with a product that rivals Champagne.

The story of Hattingley Valley Wines began when Simon, who had a 30-year career in law behind him, moved to live at the Alresford farm in the 1990s. He went on to buy land around it and run it as a commercial farm, but factors including low wheat prices led Simon to look at other options at the turn of the Millennium.

“Since my university days I’ve been interested in wine – but probably only a little more than the average person,” he says. “I wouldn’t have regarded myself as a wine geek. But I discovered that here we have a soil which is pure chalk – very similar to the French soil in the Champagne region – and the climate is very similar too.”

Simon took a calculated risk, growing grapes on 30 acres and building a full industrial winery to produce still and sparkling wines, generating secondary income from contract work for other producers.

He describes winemaking as a blend of science and art, and the artist at work here is winemaker Emma Rice. Described by Simon as ‘extremely skilful,’ Emma, one of the first graduates of the prestigious winemaking course at Plumpton College, was given free rein to develop the Hattingley house style.

At first, it was a challenge to convince buyers that the flagship English fizz was a match for anything the French could offer – but the proof was in the glass.

“For many years people used to compare us to Champagne,” says Simon. “I think the industry has grown up a bit and understands that we are different – we are not Champagne, but we have a very high quality, complex wine. Attitudes have changed and you’re seeing larger numbers of people drinking it out preference.”

Previously, Simon’s business had mainly supplied the licensed trades, but the pandemic saw it sell directly to consumers and advertise on TV for the first time. That has built on demand in the UK while the business also exports as far away as Australia and Kazakhstan.

It’s come a long way since Simon first took the plunge all those years ago.

“When we started growing grapes here, I think the local farming community thought it at best the mild eccentricity of a city man who didn’t know what he was doing, and at worst the idea of a complete lunatic,” he remembers, before adding: “I don’t think they’d say it now!