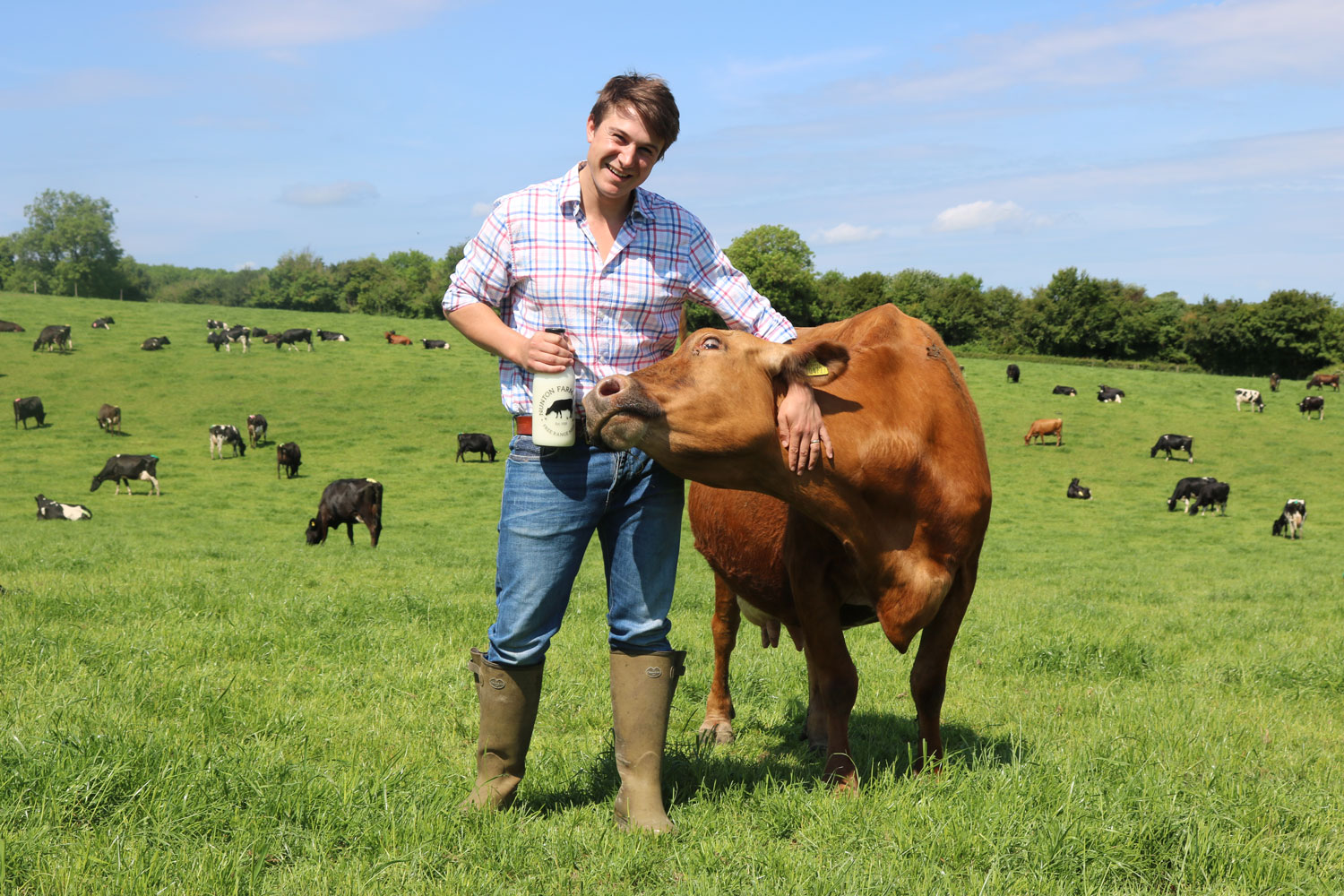 Simon and John Martin’s dairy herd produces millions of litres of milk a year through traditional methods – but as he tells Mark Charter, a Partner at the Romsey office of law firm Thrings, he’s found a very modern way to sell it directly to customers.

Happy cows produce great-tasting milk. It’s a simple philosophy that runs through every drop of the 4.8million litres produced each year by the herd at Nunton Farm, near Salisbury.

Following in the footsteps of his father and grandfather, who started farming at Nunton in 1929, Simon Martin is passionate about farming methods that are as close to nature as possible.

He developed a love for simple grazing systems when working on farms in New Zealand – and put them into practice when he joined the family farm in the mid-1980s.

“When the cows are grass-fed and grazed outside it really has a positive effect on the flavour of their milk and the welfare of the cows,” he says.

Each generation of the Martin family has grown the farm, which works in partnership with the Longford Estate.

“My grandfather started off with 25 cows, sheep and cereals,” says Simon. “My father took over in 1970 and expanded quite dramatically to 350 cows. We expanded again and currently have a herd of 800 milking cows – and now my son John is developing the business further.”

John is responsible for the farm’s latest venture – selling directly to customers through vending machines, which dispense milk into reusable glass bottles. The first, in the car park of the Radnor Arms pub, opened three years ago, followed by one in the village of Wilton.

The third machine has just opened in Downton, and there are plans to add two or three more in the not-too-distant future.

Although most of the farm’s milk goes to a dairy processor to become high quality milk products, a growing proportion – currently more than 130,000 litres a year – now reaches consumers directly through these machines.

For Simon, this is a rewarding experience. “You can see the cows in the field and buy their milk close by,” he says.

“It’s going from strength to strength. During lockdown the demand for milk from the machines almost doubled, partly because of a shortage in the supermarkets, but also because people liked going to get it without having to go into a shop, and they could use self-service and contactless payment. We’ve seen that those people love the product and have carried on supporting us.”

“We have also seen another effect of lockdown which is an increased interest in where food and drink comes from. I think more people have been buying locally, maybe cooking for themselves more, and hopefully valuing their milk more.”

“Milk has often been undervalued and used as a loss leader by the supermarkets. A lot of the time bottled water is sold for more money than milk, and that’s just ridiculous knowing how much work goes into producing it.

“It’s a very good feeling to get direct, positive feedback from our customers. When they tell you the product is fantastic, it makes all the hard work worth it for all the team involved.”