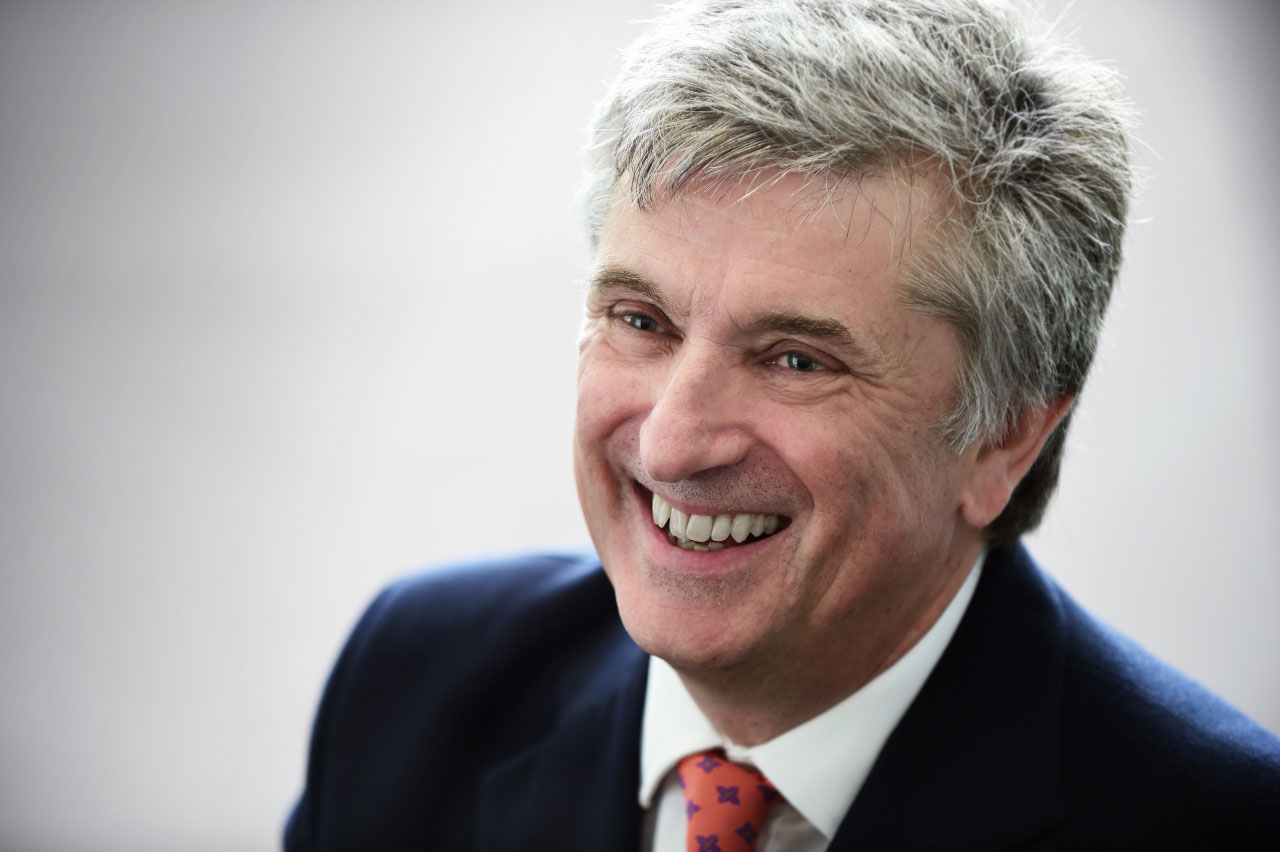 Thomas Sheppard is a familiar face in the county of Somerset, having spent decades combining his day job as an experienced Thrings solicitor with a host of charitable and not-for-profit roles.

The roles of Lord-Lieutenant and Deputies are voluntary, and the titles are honorary. They are usually offered to people who have contributed significantly to their regional communities. In Thomas’s case the appointment follows a year serving as the High Sheriff of the county.

“I was the 960th High Sheriff of Somerset and I had an absolute hoot doing it,” he says, “However, it’s by no means usual that a High Sheriff goes on to be a Deputy Lieutenant, so I was honoured to be invited – like being chosen as High Sheriff, it’s not a role you can apply for.

“I think it’s because I did a few things which were noticed and have been up to a lot, people thought I was reasonably well-connected and able to engage with lots of people, and therefore somebody who would be a useful support to the Lord-Lieutenant.”

Thomas is making an understatement when he says he has “been up to a lot”.

Alongside his role at Thrings, where he offers legal advice on a range of matters involving families, their businesses, land and property, Thomas has spent his working life in chair, trustee and non-executive director roles with numerous charitable and not-for-profit organisations including Dorothy House, the Arnolfini arts centre, Bath Festivals and the University of Bath. He is also Chair of the Bath Preservation Trust.

As well as the aspects of the role that involve supporting the Royal Family, as Deputy Lieutenant Thomas is looking forward to engaging with the Somerset community – and that often includes its unsung heroes.

“The greatest privilege is being able to be the voice of the civic society – often saying ‘thank you’ to the people of the county for what they do for others,” he says.

“In a way, we are acting as a set of eyes and ears on behalf of the Lord-Lieutenant. As a group of Deputy Lieutenants we have people working across religion, academia, the professional services, the military and more. We have also become better at becoming more diverse by including people from a range of ages and background. With a county as big as Somerset we’re trying to engage with everything that happens across the county, each taking a patch, so we cover all the ground.

“Most of all it’s fun – it’s a completely unpaid role so it has to be! Being appointed is a way of your county thanking you for the things you have done but it’s also a wonderful opportunity to be unbelievably nosy and to get really involved in the community. You don’t need to go very far to find somebody who is doing extraordinarily good work, often with little recognition – and it’s a privilege to meet them, talk to them and thank them for what they are doing.”

A continuing theme for Thomas will be supporting people who have arrived in Somerset from Ukraine. He is chair and trustee of the newly formed charity Somerset Supports Ukraine which is helping the estimated 2-3,000 visitors from the war-torn country to find their feet.

“We raise funds but we’re also trying to make sure that if there are things people need, we act as a waymark and support,” says Thomas. “For example, if someone wanted to know how to get a driving licence or a qualification to work here as they did in Ukraine, there are people who have already worked that information out and we can share it.

“There is also a pressing need for teaching English as a foreign language, so we are finding ways of getting teaching organised at no cost for our visitors, whether it’s finding equipment for them to do this over video, or getting them to a teacher, or a teacher to them.

“We’re trying to keep up momentum. Many people responded when it all started in February, but it is now apparent that many Ukrainian people will not be returning for a long time because the war isn’t going to stop any time soon. We are looking to the longer term and emerging challenges, so we need to be dynamic enough to change and get the message out to as many people as possible.”

Thomas is excited about the ability to make a difference in his new role and is fortunate to have the support of his wife, Michelle, in all his endeavours.

“We’ve been married for 42 years so I think she’s got the hang of it!” he jokes. “Life is here to be enjoyed to the full so there’s always more to do. It’s an immense pleasure to do things which help other people – and doing that is its own reward.”